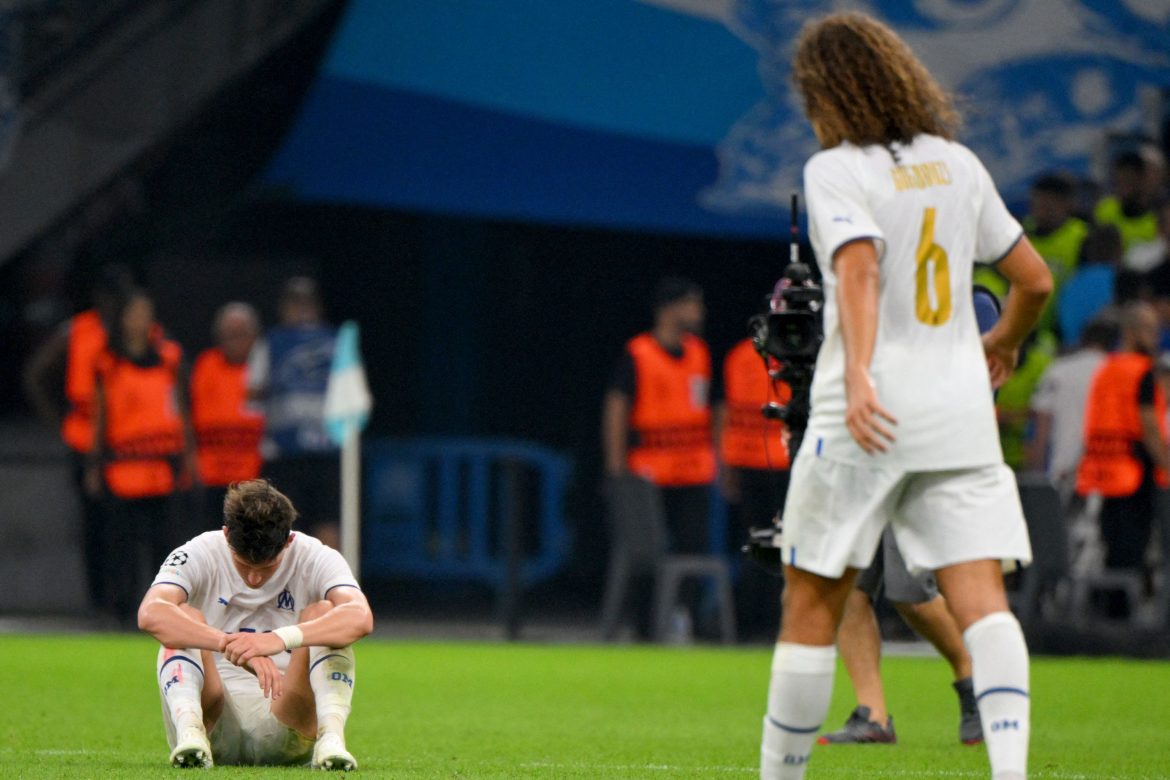 Marseille are edged out by Frankfurt in a game which saw OM’s own errors gift a goal to the German side after Bailly failed to clear a header, with Rongier inadvertently tapping the ball into the path of Lindström who punished the home side with his effective finish past Lópes. Igor Tudor’s side rallied themselves in the late stages of the second half after changes were made to an ineffective attack, but they ultimately proved fruitless as Frankfurt defended well to take the three points away from home.

Bailly, 7 – A solid performance from the centre back which will ultimately be mired by a mistake in clearing the ball that led to Lindström’s opener in the first half. Other than that he was commanding at the back and faired well with a difficult physical threat in Muani.

Clauss, 8 – The shining light of Marseille’s disappointing result at home, he threatened once again – as he has in Ligue 1 – with early pinpoint crosses and brilliant wing-back play to set up key chances on numerous occasions. He really stepped up in the latter stages of the second half, as Marseille were chasing a vital equaliser which never came in the end.

Tavares, 6 – It was an inconsistent performance from the Arsenal loanee, who at times drove well into the Frankfurt half but made a lot of mistakes on the ball despite, at most, a satisfactory defensive performance.

Payet, 4 – It was an almost pedestrian performance from the Frenchman who really struggled to get involved in the first half, creating very little in terms of attacking oppurtunities as well as general energy and intensity.

Sánchez, 5 – Really difficult game for the Chilean, who wasn’t serviced enough – or in the right way – in both the first and second half. His intensity and pressing was satisfactory, but being on the end of long balls was not ideal, nor helpful in a first half that saw Marseille with a lot of possession.

Lindström, 7 – Great, calm finish for the opener albeit gifted by a Rongier blunder. However, was bright and pressed intensely in the first half, and it was that intensity which earned him his goal alongside the other Frankfurt attackers who forced mistakes from OM’s backline.

Muani, 8 – A great challenger up front for Frankfurt, who held up the ball well but also drove at OM’s defence on many occasions. In both periods of the game he was a constant physical threat, causing Bailly, Balerdi and Kolasinac problems whenever Frankfurt looked on the front foot. Was vital in order to securing victory for the Bundesliga side.