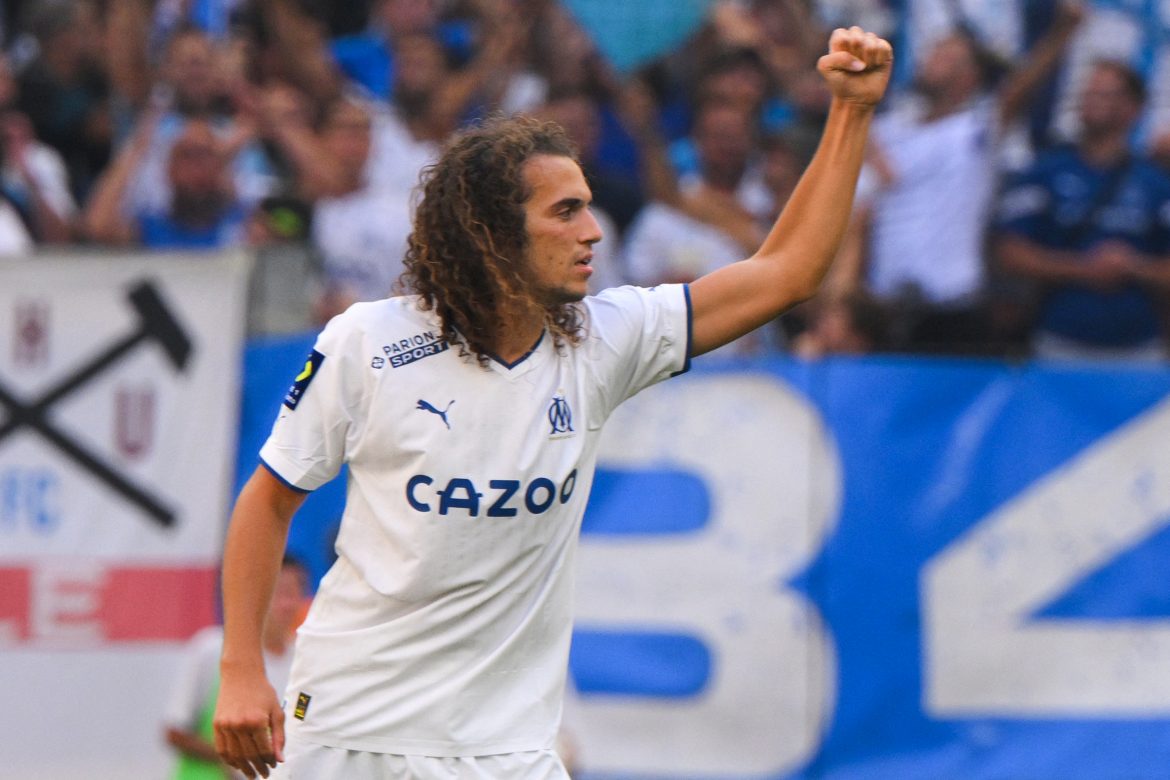 Marseille drop their first home points of the season as Guendouzi scored in both ends to earn a point against Rennes. In what was a frantic first half of action at the Stade Vélodrome, Marseille went behind to a Guendouzi own goal after some smart play between Bourigeaud and Traoré on the wing created a low-crossing chance which was inadvertently turned in by the former Arsenal man. Whilst Rennes looked in the ascendency for periods of the first half, Marseille came out the blocks quickly with a higher intensity – which ultimately saw Matteo Guendouzi atone for his earlier own goal by scoring a flicked header in the 52nd minute. Whilst the home side pushed in the second half, they couldn’t press home the advantage against a resolute Rennes defensively, who also looked good on the counter attack.

Clauss, 6 – A usual busy performance from Johnathan Clauss, who played with an intensity that has become expected of him in recent weeks. He couldn’t quite be as effective in terms of crosses and chance creation, but his general build up play was positive.

Tavares, 7 – After a disapointing display against Frankfurt in midweek, the Arsenal loanee looked threatening in Ligue 1 once for Marseille – although he once again frustrated with minor mistakes, they were overshadowed by what was a generally good attacking display, and physical display.

Guendouzi, 7 – Whilst the own goal in the first half was harsh on a generally satisfactory performance, he livened up in the second half and scored that header early on to atone for his earlier misfortunes. Over than that, his performance was energetic in the second period – he would have been disappointed to come off the pitch in the latter stage of the game, and looked as if he wanted to contribute more later on for his side.

Sanchez, 6 – Whilst useful in Marseille’s build-up play, he offered very little in terms of shots on target for his side, and had to drop deep often in order to collect the ball from midfield. Service towards him was often lacking, as it was during the Frankfurt game.

Mandanda, 6 – It was a emotional return to the Stade Vélodrome for Steve Mandanda, who was applauded by both ends of Marseille’s ultras – his performance was satisfactory, being dependable when called upon.

Traoé, 7 – It was his 200th appearances for Rennes, and played well Great driving ball for the assist to Guendouzi’s own goal, combined really well with Bourigeaud on the right side in the first half and did his defensive duties well. However, his attacking runs were not as effective in the second period but he started to combine well with Doku in the latter periods of the game.

Terrier, 7  – A constant threat for Rennes on the counter attack and did well when Rennes looked on top in the first half and periods of the second half.

Gouiri, 5 – Looked lost against Marseille, struggling to get on the ball or threaten Marseille’s backline at all, needs some work to fill the hole left by Gaëtan Laborde’s departure to OGC Nice.