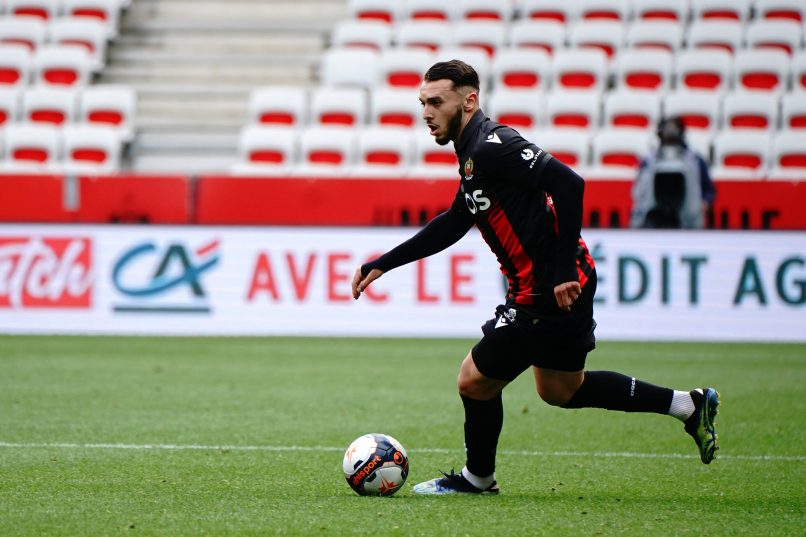 Marc-Aurèle Caillard, 6 – Continues to perform well having assumed the number one role and saved well from Gouiri with his foot early on before a good flying palm wide from Stengs in the first half.

Jean-Armel Kana-Biyik, 3 – Little he could do about Gouiri and was lucky to get away with embarrassingly being caught on the ball by Guessand who set up Gouiri for a goal eventually ruled out by VAR.

Farid Boulaya, 3 – Perhaps a little tired after his AFCON return this week but was withdrawn at halftime after an anonymous first-half display.

Khéphren Thuram, 6 – He did well to drift in at the back post and eventually hook home the opener having aided in winning the midfield battle as he continues to put pressure on Rosario and Lemina for an automatic place in the team.

Calvin Stengs, 3 – One of the most disappointing signings this season in Ligue 1, a woefully wasted chance at the end of a first-half counter via a poor touch and clumsy cross summed up his campaign. Withdrawn early for Claude-Maurice.

Amine Gouiri, 8 – The game’s standout creative protagonist and should’ve had Nice ahead in the first half having put Stengs in or after Caillard saved his swept shot well with a foot. Eventually, however, it was his precise lofted cross that invited Thuram to open the scoring before he squeezed a dinked penalty home.