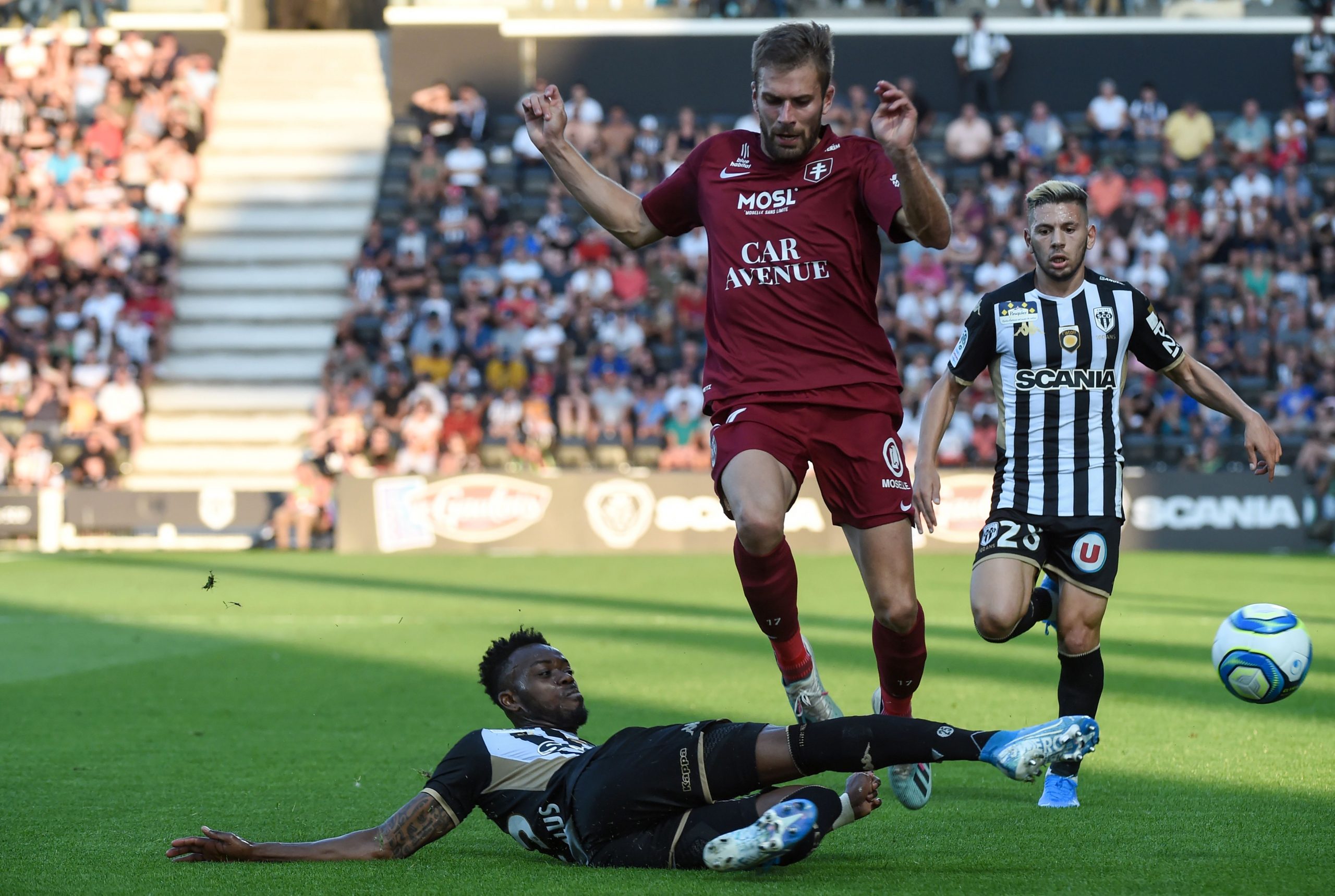 Marc-Aurèle Caillard, 5 – Having commanded his area solidly enough throughout and made a handful of smart stops, his weak wrist in attempting to save a less than precise Dembélé effort late should have ended Metz’s hopes of survival. Boulaya saved him in injury time.

Didier Lamkel Zé, 7 – His addition in recent games has added a new dimension to Metz’s attack and the gap to survival might have been narrower had he signed sooner given his pace and direct style that compliments De Préville nicely. His deft finish, having raced away from Gusto, made it 2-0 and his pace forced the red card for Mendes but he wasted some big chances too.

Malo Gusto, 2 – Despite being a hugely exciting prospect, his lack of defensive grounding as a former attacking midfielder again cost OL here. His decision making was repeatedly suspect and both first half goals came about after he lost his man over his shoulder. Subbed at the break.

Jérôme Boateng, 3 – Lumbered through the game once more and was unable to offer much meaningful support to Gusto as Metz exposed OL’s weak right side. A solid enough display last week at Marseille already feels like a long time ago, his signing has become a complete non-event.

Karl Toko Ekambi, 6 – Perhaps the only Lyon player to play with the required intensity and hunger for the full 90 minutes and he was a major creative force at times in the second half, linking neatly with Dembélé.

Moussa Dembélé, 6 – Often a threat and neatly stroked home for 2-1 before forcing a second late on but he should have had a hat-trick at least after squandering a string of presentable openings. A wild close range volley over, with the goal largely unguarded at 2-1, was especially frustrating.