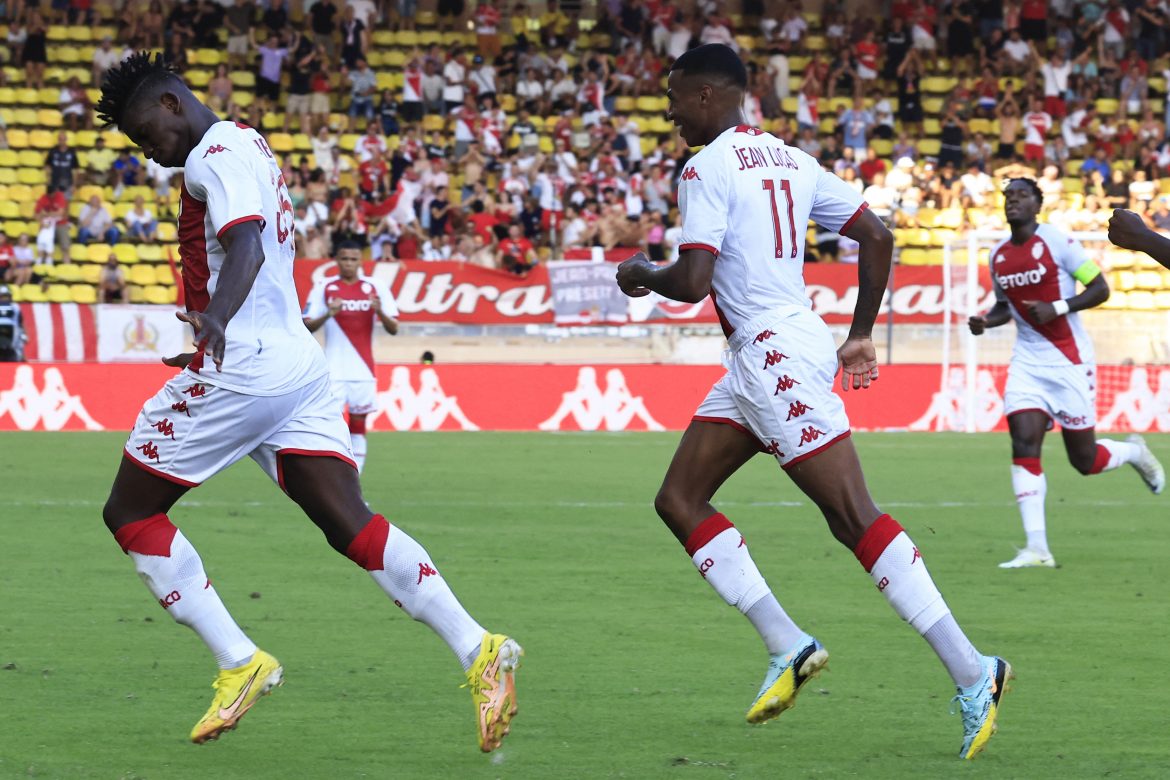 Monaco rescued a 1-1 draw at the Stade Louis II after playing over 75 minutes with just 10 men. Youssouf Fofana was perhaps harshly sent off for a challenge on Martin Terrier, but from there Les Monégasques went on to dominate the game, despite their numerical disadvantage.

Against the run of play, Gaëtan Laborde gave Rennes the lead, before a howler from substitute goalkeeper Dogan Alemdar allowed Breel Embolo to steal in and equalise. The draw leaves Bruno Génésio’s side winless this season, whilst Monaco haven’t lost a league game since 13th March.

Axel Disasi, 4 – The Frenchman was defensively solid throughout and was a key factor in keeping Rennes forward line quiet despite the Bruno Génésio side’s numerical advantage. However, the game could have been a lot different for Les Monégasques if he had converted his penalty with the game at 0-0.

Jean Lucas, 7 – The Brazilian followed up his strong performance against Strasbourg with another good performance in difficult circumstances. Rightly or wrongly, he was deprived of midfield partner Fofana early on, but playing alongside the inexperienced Magassa he showed a level of calmness and authority that he has rarely, if ever, shown in a Monaco jersey.

Breel Embolo, 8 – Monaco have the new signing for thank for the draw. There was an element of surprise when Ben Yedder, rather than the Swiss striker, was hooked following Fofana’s early red card, but Philippe Clement’s choice proved to be the right one. Isolated for long periods, he held the ball up well, and pressed aggressively out of possession. His goal, and especially the manner of it, was just reward for his efforts.

Steve Mandanda, 7 – The former Marseille man was perhaps lucky to stay on the pitch after his rash challenge on Embolo. However, having stayed on, he made the save from the resulting penalty, and then later in the half, saved Diatta’s attempt from close range. He was then substituted at half-time with an injury.

Baptiste Santamaria, 8 – Largely defunct in a creative sense, Santamaria was at the heart of everything good for Rennes. He made them tick in midfield, whilst also posing an attacking threat. He also tested Nübel on two occasions, firstly with a long range effort and then with an acrobatic effort.

Martin Terrier, 5 – Not Terrier’s day at the Stade Louis II. Usually ruthless in front of goal, he couldn’t make the most of numerous half-chances.