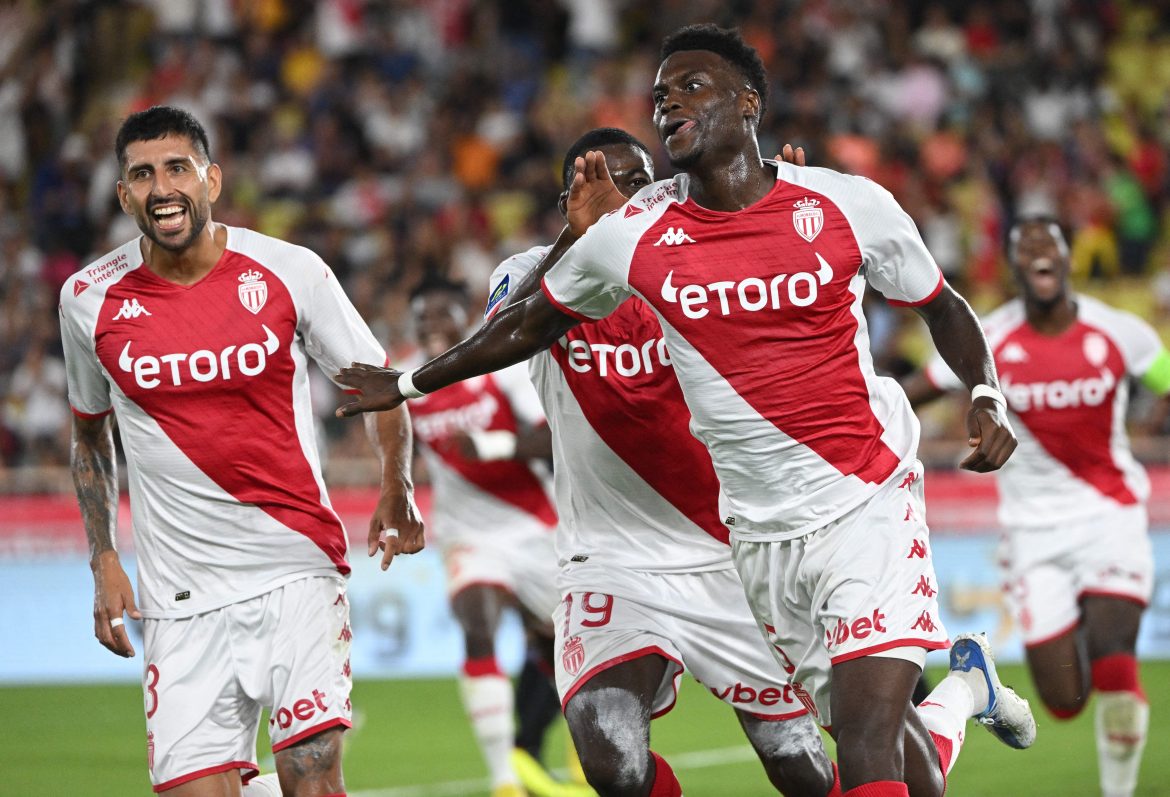 Alexander Nübel – 9 – The German was decisive, as he has been throughout Monaco’s recent run of games. Two huge stops in particular firstly from Lacazette and then from Dembélé ultimately gave Monaco the win. The Bayern Munich loanee was second-favourite on both occasions. It is a stark contrast to his beginning to last season where he was costing Monaco points, not earning them.

Benoît Badiashile – 8 – Badiashile is part of an integral part of a Monaco defence that had kept consecutive clean sheets prior to the match against Lyon. The French youth international looks completely at ease in a three-man defence that allows him to be aggressive in his defending and pressure the midfielders. He also took his goal clinically and should he maintain his level,  he could yet give Didier Deschamps a selection headache.

Guillermo Maripán – 7 – The Chilean international is becoming a serial goalscorer. In 8 appearances in all competitions this season, he has already scored four times. The arrival of Malang Sarr raised questions about his future, but he has cemented his place in the middle of the back three with some commanding performances.

Caio Henrique – 9 – Henrique was Monaco’s most creative outlet for large parts of last season. He continues to be a constant threat for Monaco again this term, especially from set pieces. As well as his notable defensive work, which continues to improve, he has become Monaco’s main man on set pieces. He has assumed that new role perfectly and he registered another two assists from dead balls tonight. He is surely knocking on the door of the Brazil squad with the World Cup fast approaching.

Thiago Mendes – 3 – Mendes struggled again tonight. He was at the fault for the first goal as Badiashile got a run on him and headed past Lopes unchallenged. He also struggled to handle Embolo, who was effective at holding the ball up for Monaco and allowing others to come into play.

Tetê – 8 – The Brazilian caught the eye with his impressive marauding runs, although at times, he wasn’t sufficiently supported by his teammates and ran down cul-de-sacs. He came close on various occasions and lacked the accuracy to make a more concrete impression on the match.