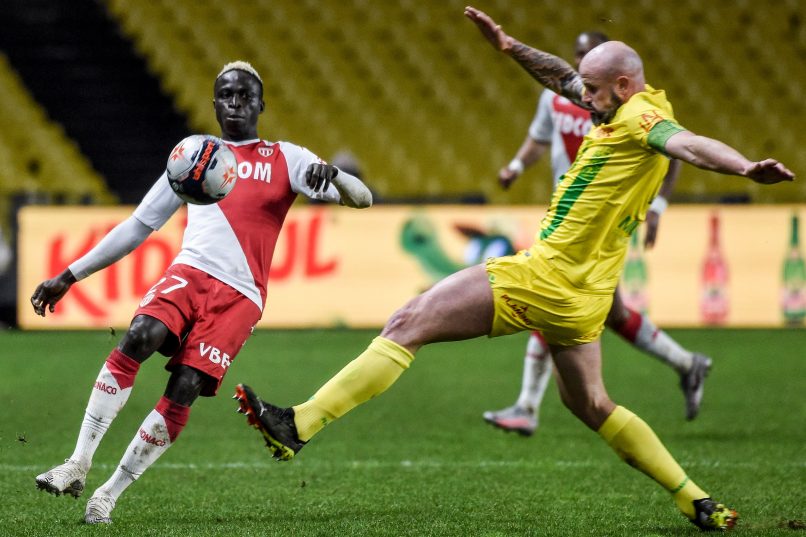 Andrei Girotto, 7 – No one in Ligue 1 has blocked more shots this season and his defending in one-on-one situations continues to be crucial for Nantes. A flying block on a Laurienté shot stood out here before he powered a close-range free-kick through the wall for the opener.

Nicolas Pallois, 7 – Defended with typical bite, making the most defensive actions on his team (18) and it was his expertly timed toe-tackle that started the counter for the second goal.

Randal Kolo Muani, 7 – Inventive, graceful and tricky as always. It was he who embarrassed Mendes for 2-0, breezing by and smashing home at the near post shot, while an intelligent looped header should have brought a deserved assist for Blas.

Paul Nardi, 5 – Conceded four but there wasn’t a huge amount he could have done differently with any of them and made one very smart save from a first-half Kolo-Muani header.

Houboulang Mendes, 2 – Despite being a right-back, he’s been more secure as the right of three centre-backs and a return to full-back has been disastrous. He was at fault for the second Nantes goal as he allowed Kolo-Muani to ease past him with zero fuss and was embarrassingly ambushed by Guebbels for 4-2.

Terem Moffi, 6 – He showed signs of his old intensity with some solid link-up play and he finally got his goal, having not scored since September, although he did his best to miss as he scuffed home a tap-in.