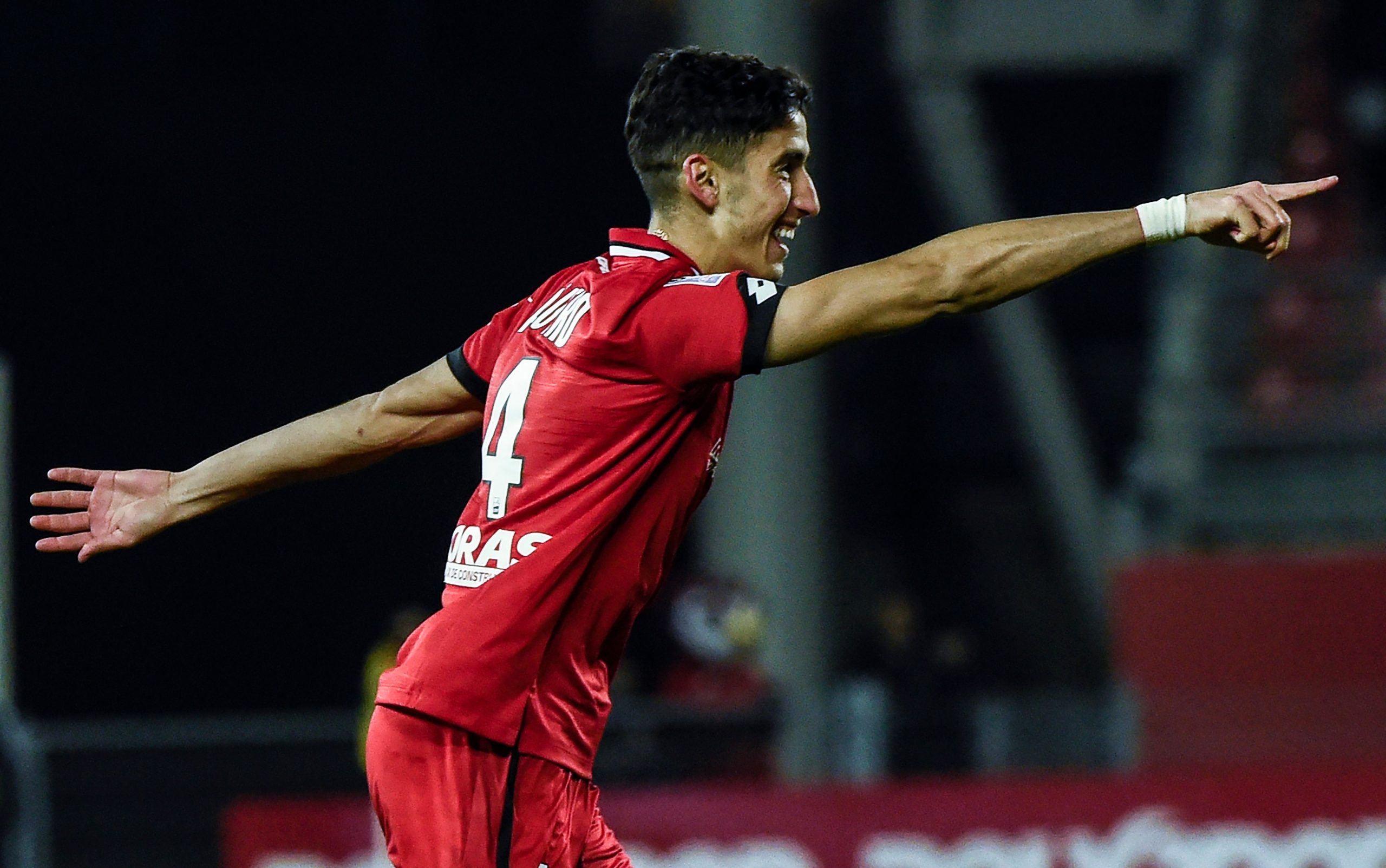 Youcef Atal, 7 – He was caught on the ball near the corner flag, nearly leading to the opener as Laborde hit the post, but made up for it with a late block on the line. He provided a threatening option overlapping on the flank via some dangerous crosses, one of which – a nonchalant outside of the boot flick – assisted Delort’s opener.

Warmed Omari, 4 – His quality and surprising maturity at 21 has kept a much more lauded centre-back in Loïc Badé (now injured) out of the side but this was a nervy, indecisive display. He was lucky to get away with some ponderous use of the ball and lethargic defending.

Nayef Aguerd, 7 – A real threat from set pieces, he might have had a brace of headers, and he managed more than double the clearances throughout the game of anyone else, with 10. Without him, especially given his importance in shepherding Omari through the game, Rennes would have been far more brittle.

Benjamin Bourigeaud, 7 – It’s difficult to think of a better player in Ligue 1 this season not called Kylian. His energy and pinpoint deliveries were a real nuisance all game and he might have had a handful more assists than just the one, his eight shot-creating actions was double anyone else’s tally.

Red Star to be bought by American investment fund