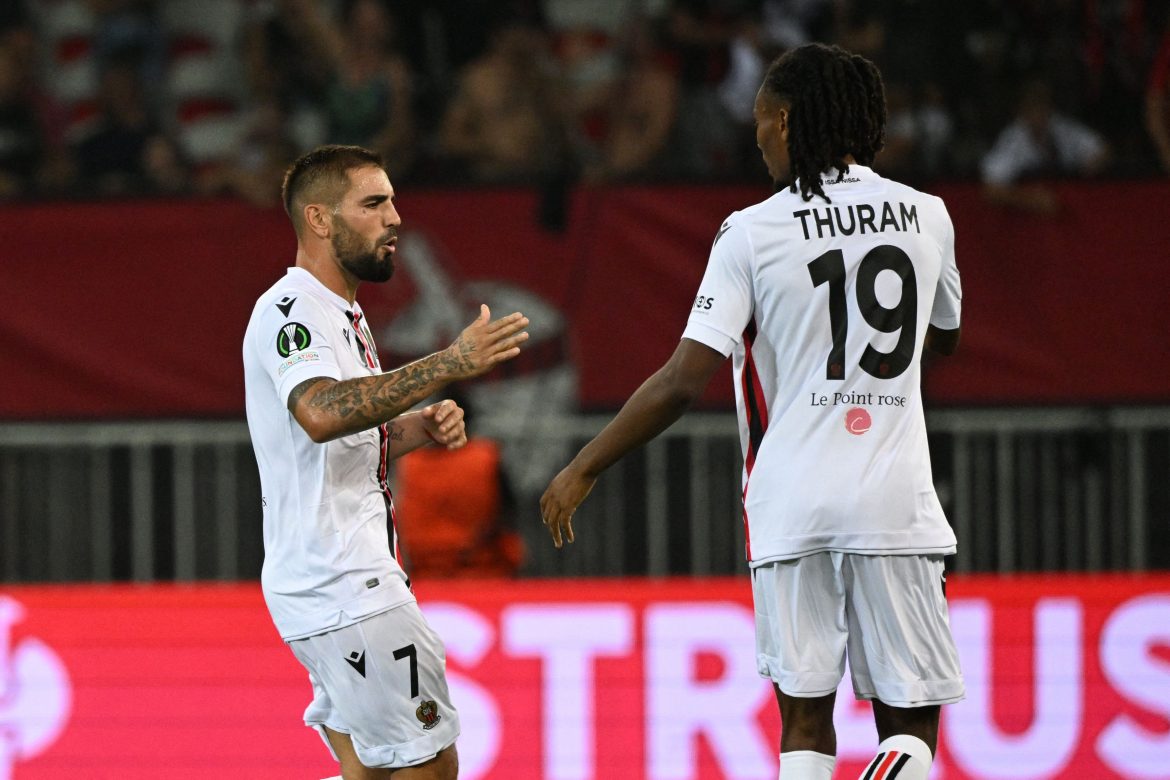 Alexis Beka Beka – 4 – There is a glaring discrepancy in Beka Beka’s game. Running at players, breaking the lines with runs from deep is a particular strength that worried Köln’s defence right from the start. But at the end of those runs comes the inevitable pass. Therein lies his weakness. After doing the hard work in getting his team up the pitch, he often lost possession with clumsy, misplaced short passes.

Sofiane Diop – 7 – An overwhelmingly positive first start for the former AS Monaco man. His direct running and link-up play caused problems all game long for Köln. If more of his runs had been picked out by teammates he could have had an even bigger impact on the game. He looks primed to bounce back at the Allianz Riviera after having struggled to hold down a starting spot during the latter end of last season.

Andy Delort – 6 – But for the penalty, it wasn’t his night. He was unusually inefficient for his standards, but still stepped up when his team needed him in order to level the game.

Gaëtan Laborde – 8 – Alongside Diop, Laborde was a notch above his teammates tonight. If Delort had been more efficient, he could have had a brace of assists. What was arguably more impressive was his movement. A number of dummy runs made room for other players to thrive, if his teammates, notably Boudaoui, hadn’t misread his attentions, the match could have ended very differently.

Marvin Schwäbe – 7 – A few key saved that thwarted and frustrated Delort and Laborde. The latter will be disappointed not to have got on the scoresheet.

Jonas Hector – 7 – A calming presence throughout the night. He came out to calm the Köln fans pre-match, urging them to su[[prt the team in the right way. During the match, he was solid defensively, winning most of his duels, and displaying a range of passing that stretched and pierced through the opposition. A real captain’s performance on a big night for the German side.

Steffan Tigges – 8 – The scorer of the opener and made Todibo look pretty ordinary at times. His movement troubled the Nice defence before he was brought off early in the second half. Following his departure, Köln didn’t provide the same attacking threat.