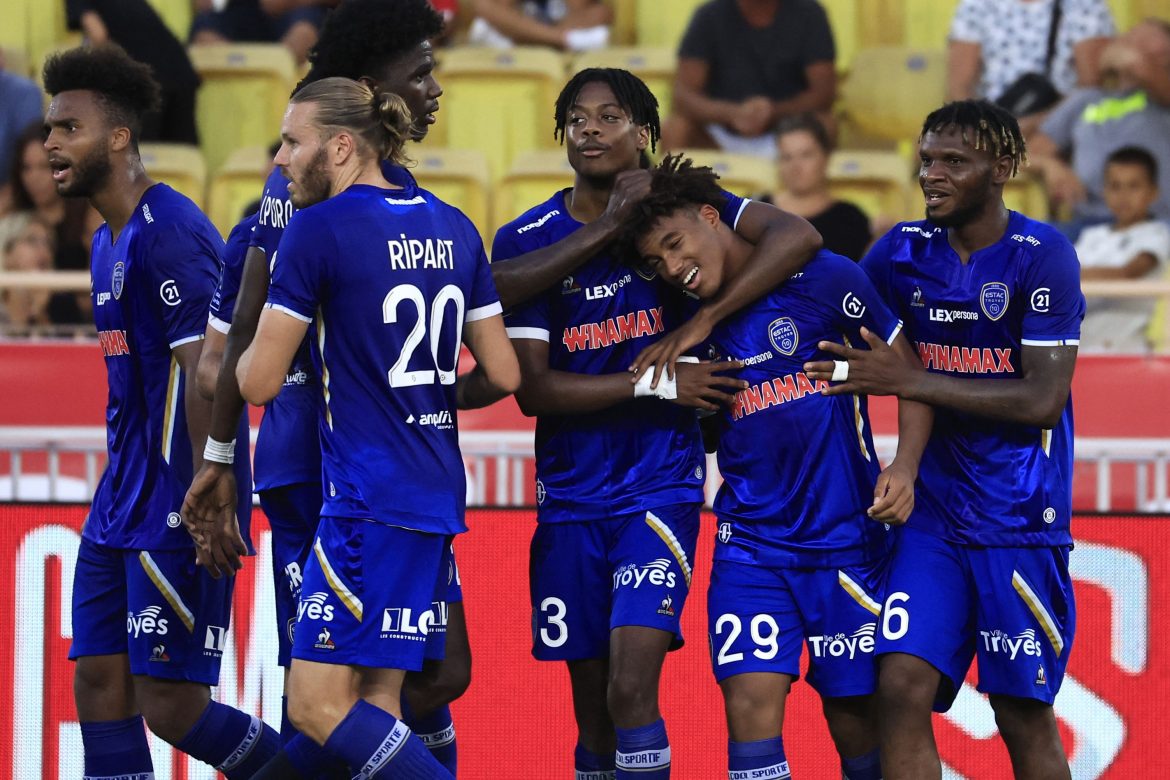 AS Monaco couldn’t back up their impressive draw against PSG on Sunday as they succumbed to lowly Troyes at the Stade Louis II. Philippe Clement’s men looked to be on course for a comfortable victory in the early stages when Guillermo Maripán gave them the lead.

However, they were pegged back soon after when Monaco’s goalscorer conceded a harsh penalty, which was converted by Florian Tardieu. From there Monaco’s evening unraveled. Maripán earned a second yellow and consequent red for an adjudged elbow to the face and minutes later Wilson Odobert gave Troyes the lead with a neat finish.

Mama Baldé gave Troyes a two-goal lead with a thunderous volley just after half-time. Youssouf Fofana then gave Monaco hope with a tap-in from a corner, but those hopes were dashed by a Yoann Salmier finish. Things don’t get any easier for Monaco as they next head away to Nice before hosting Lyon.

Alexander Nübel – 7 – Despite conceding four, if not for the Bayern Munich loanee, it could have been more. Multiple crucial interventions kept the scoreline to a minimum and little could be done about the goals conceded.

Malang Sarr – 5 – A difficult start to life at Monaco for the Chelsea loanee. He started well, imposing himself, and temporarily forcing Odobert to switch flanks to try his luck against Disasi. He also showed a good range of passing, but that calmness in possession sometimes seeped into over-confidence and he put his defence under needless pressure on a couple of occasions. Following Maripán’s red card, he was subbed at the break.

Guillermo Maripán – 4 – A game of mixed emotions for the Chilean international. Having scored the opener, he then conceded the penalty, which gave Troyes a route back into the match, picking up a yellow card in the process. Just before the break, he picked up a second for another innocuous challenge and was sent off.

Takumi Minamino – 4 – The former Liverpool man is yet to find his feet since arriving at the Principality side. Despite getting his first assist, he looked out of step with his teammates in open play, misplacing passes and misinterpreting the attentions of Embolo and Ben Yedder in particular. He was hooked at half-time and is yet to complete a full 90 since arriving.

Wissam Ben Yedder – 4 – Ben Yedder’s quiet start to the season continues. The French international forward rivaled Kylian Mbappé for the golden boot last season, scoring 25 goals, but he is yet to register in four appearances this season. If Monaco are to compete for top honours this season, he will need to rediscover last season’s golden touch.

N’guessan Kouame – 8 – He was crucial in defending his side’s back-line whilst the game was still at 11v11 and once at a numerical advantage, his ball progression through the midfield was a crucial element in Troyes’ success. He was a metronomic force in the middle, whilst he also stretched the game with ranging long balls that often found their target.

Wilson Odobert – 8 – The young French winger continued his impressive start to the season with another well-taken goal. He struggled to impose himself in the opening minutes but grew into the match as the half went on and gave his side the lead just before halftime with a surging run and clever finish, which wrong-footed Nübel.

Mama Baldé – 8 – He occupied Monaco’s central defenders, regardless of whether they were set up in a four or a three-man defence. He got on the scoreboard with an excellently taken volley early in the second-half.