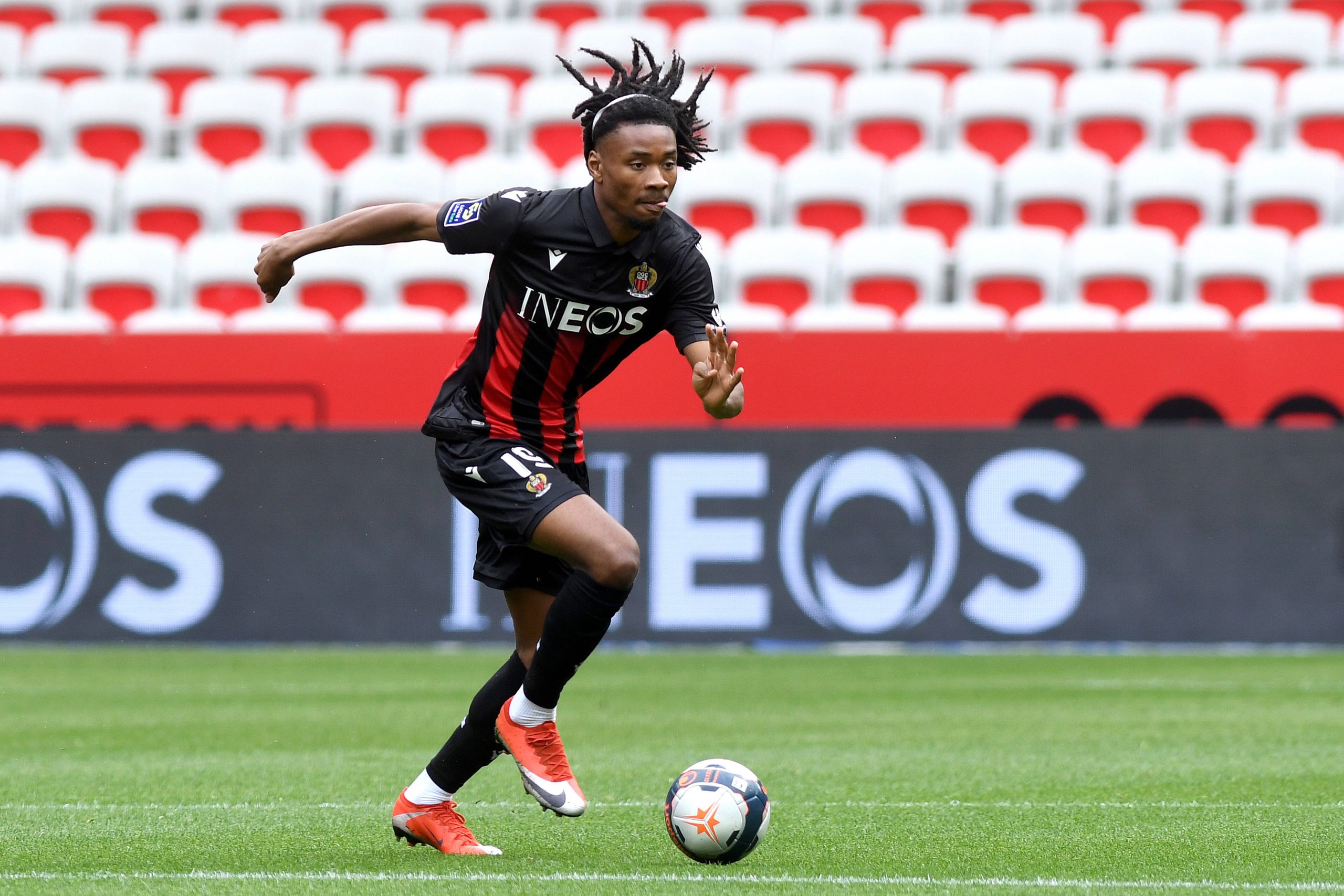 Walter Benítez, 4 – Linked with a France call up this week, he should have saved Girotto’s free-kick which skidded through his palms to equalise. Little to do besides.

Dante, 5 – Fortunate to get away with a lapse in concentration that let Kolo-Muani in during the first half but won the penalty and was typically bullish defensively throughout.

Khéphren Thuram, 8 – Positive and proactive in his passing and defensive coverage alongside Rosario as Nice won the midfield battle and it was his thundering charge, deft exchange of passes with Gouiri and calm finish that won the game for Nice.

Kasper Dolberg, 5 – Slammed home the penalty for 1-0 but offered very little real goal threat besides and was swapped for Delort on the hour.

Amine Gouiri, 6 – Although he offered minimal goal threat, and his execution was far from consistent, he was an elusive presence around the box in committing defenders and unbalancing the Nantes backline as he looked to create. It was his neat assist that found Thuram for the winner.

Abdoulaye Sylla, 3 – Nervy on his full debut and gave away a needless penalty via an unforced handball that blocked a Dante header.

Andrei Girotto, 7 – Despite the defeat, he led his team with aggression and bite as the middle of three centre-backs in Pallois’ absence, making more blocks (5) and clearances (also 5) than anyone else on the pitch. He also blasted a free-kick through Benítez to make it 1-1 just before halftime.

Fábio, 6 – A little clumsy at times but lead his team with 14 defensive actions while contributing the most pressures in the defensive third by some distance and adapted well to an unfamiliar role as the left of three centre-backs.

Randal Kolo Muani, 6 – Although he was rarely afforded the chance to attack the Nice goal directly, his pace and power were crucial to nearly everything positive that his side produced going forward and managed to unsettle Todibo and Dante on occasion with his direct ball carrying.