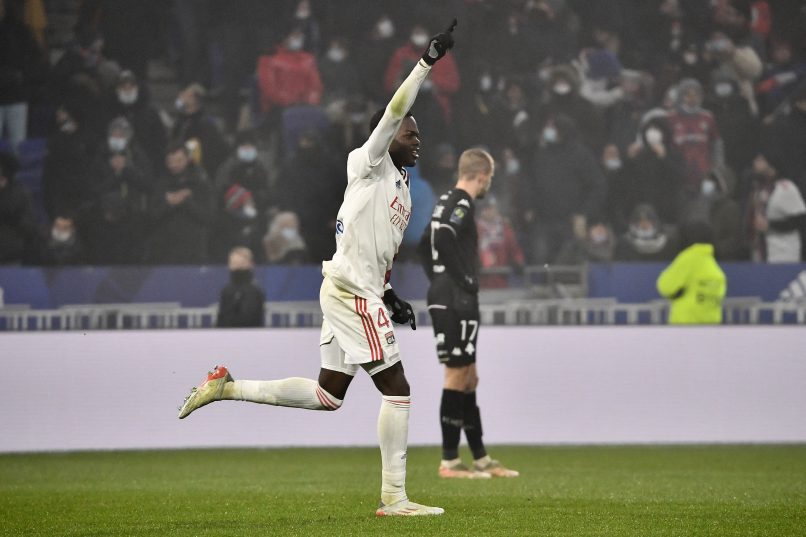 Thiago Mendes, 5 – Although playing him in this position has positives, his passing in particular, unless he improves quickly, Mendes as a centre-back has a short shelf life. Here, some searching long balls and physical defending aside, it felt like he was always on the verge of a mistake that could be costly.

Castello Lukeba, 7 – Still just 19, his calmness and confidence here, as it has been generally this season, was been mightily impressive and he’s fast becoming the side’s defensive leader. He often stepped across to halt an attack or used his technical ability and vision to play his team out of trouble.

Karl Toko-Ekambi, 4 – Frustrating. He mis-controlled a volleyed cross which would have put Dembele in, mishit a huge chance when sliding in at the back post with Costa stranded and was lucky a wayward pass didn’t result in a goal just after the break but his persistence was key to Paquetá’s goal and his late teasing cross nearly led to a second.

Romain Faivre, 3 – After orchestrating a 4-1 win at the weekend, following a rocky start to his OL career, this was a setback. He oddly seemed a little nervous and often made the wrong decision on the ball while his passing radar was misaligned. Withdrawn early.

Lucas Paquetá, 7 – Although he had some more erratic moments, his creativity defined long periods of the game, one floated ball for Toko-Ekambi in the first half should have resulted in a goal. His passing was a threat all game and it was his calm finish that made it 1-0.