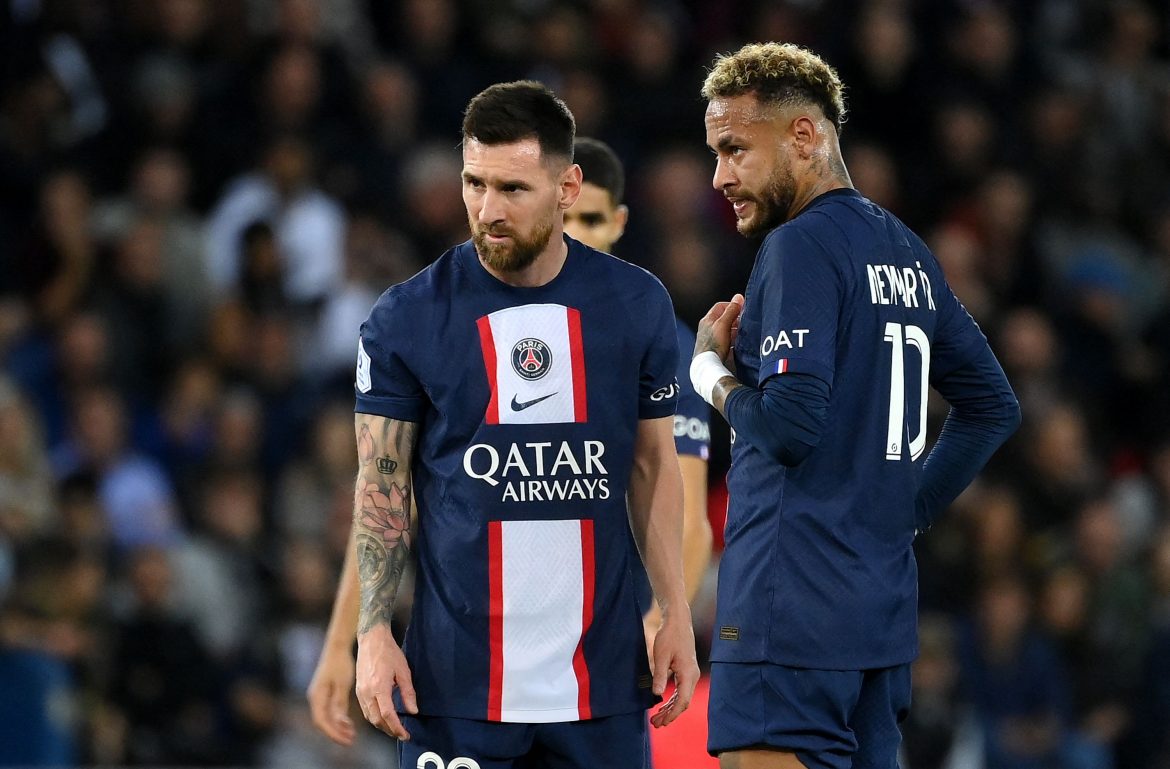 Paris Saint-Germain kicked off a busy month of October – eight games in total – with a hard-fought win against a reinvigorated Nice, needing a late winner from Kylian Mbappé to secure the three points.

It was an unstoppable Lionel Messi who ran the show in the first half, culminating in a free-kick the Argentine would curl into the top right corner to open the scoring.

It was a more muddled performance from his attacking partners in Neymar and Hugo Ekitike, the latter making his first start since joining this summer, as Kylian Mbappé was afforded a breather after a busy international break.

But Favre’s men enjoyed a resurgence in the second half and managed to level it up thanks to Gaëtan Laborde’s first goal for the club, the former Rennes man getting on the end of a Youcef Atal cross which eluded the entire PSG backline. Ekitike, who was unable to get a shot away or get a touch in the opposition penalty box, gave way for Mbappé on the hour mark.

It was the World Cup winner who would score the winner from a Mukiele ball, ensuring the champions would reclaim top spot from Marseille, who had beaten Angers convincingly the previous evening.

Lionel Messi – 8 – The Argentine was at his fleet-footed and incisive best in the first half and led the PSG attack whilst his forward line partners struggled to get into the game. His free-kick – a 60th across his career – the just reward for his performance, which nevertheless did dip somewhat at the start of the second half, as was the case for the rest of the team.

Neymar – 6 – Somewhat below the dizzyingly high standards that the Brazilian has set this season – his final touch was lacking even if he did constantly look to get himself involved and combine with his teammates.

Hugo Ekitike – 4 – A difficult first start for the young Frenchman, who was unable to make much of an impact, having failed to get a shot away across his hour-long showing. He was involved in some good build-up play but ultimately unable to get a touch in the opposition box – the Reims man very much still adapting to his new surroudings.

Ross Barkley – 3 – The Englishman was very much underwhelming on his first start for Les Aiglons, getting into some dangerous spaces but hardly making a difference. He would be the one to lose the ball which led to the free-kick for Messi’s opener. The former Everton man was replaced by Nicolas Pépé, who was similarly ineffectual.

Gaëtan Laborde – 6 – The former Bordeaux man notched his first goal for Les Aiglons with some great movement in the box to get on the end of Atal’s cross – in what would go on to be his only real chance in the game –  having been quiet in the first half.