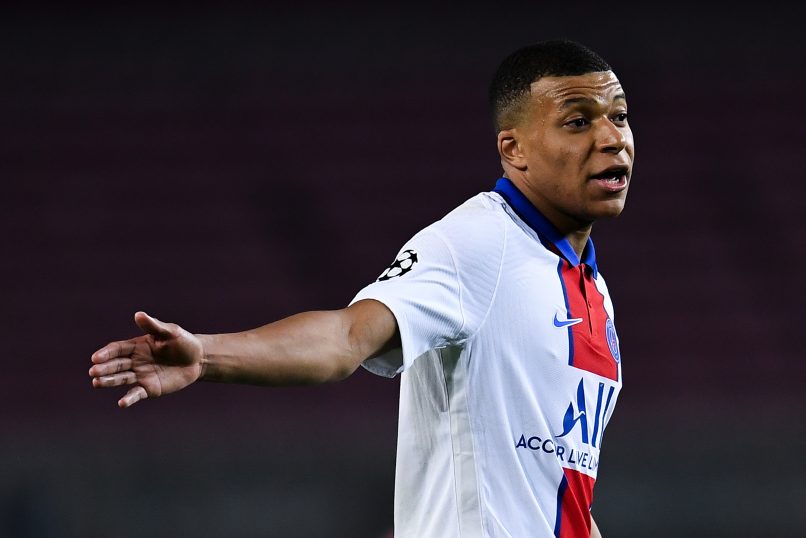 Sergio Ramos, 6 – Rarely troubled, especially after half time, and took his goal well via some typical persistence in being the first to react to two loose balls and eventually stab home.

Danilo Pereira, 6 – Has improved a little of late, playing with more confidence and used the ball more positively than usual before stroking home for 4-0.

Marco Verratti, 7 – Typically combative and busy in midfield and scored his first Ligue 1 goal in five years via a well struck half volley just before half time before adding a deflected third too. Often noticeably averse to shooting at all, he seems to have been encouraged to be more direct in recent games. It’s working.

Kylian Mbappé, 7 – Again played in second gear at times but also again exuded his ability for effortless omnipotence at others, especially via his devastating run and assist for Danilo’s fourth. Too good once more.

Wout Faes, 4 – Despite the scoreline he often defended well individually with some key interceptions before being unlucky to see the third and fourth PSG goals deflect in off him.

Nathanaël Mbuku, 6 – He lost possession a little too easily at times but his trickery and skill was key to progressing Reims’ play, especially in a threatening first half for the visitors, faded after the break however.

Hugo Ekitike, 6 – His first start since a huge bid from Newcastle and his was a positive and confident display with some sharp interplay on the counter and elusive movement. However, he did waste his best chance, firing wildly over before half time from the edge of the area. Faded after the break as his supply dried up.