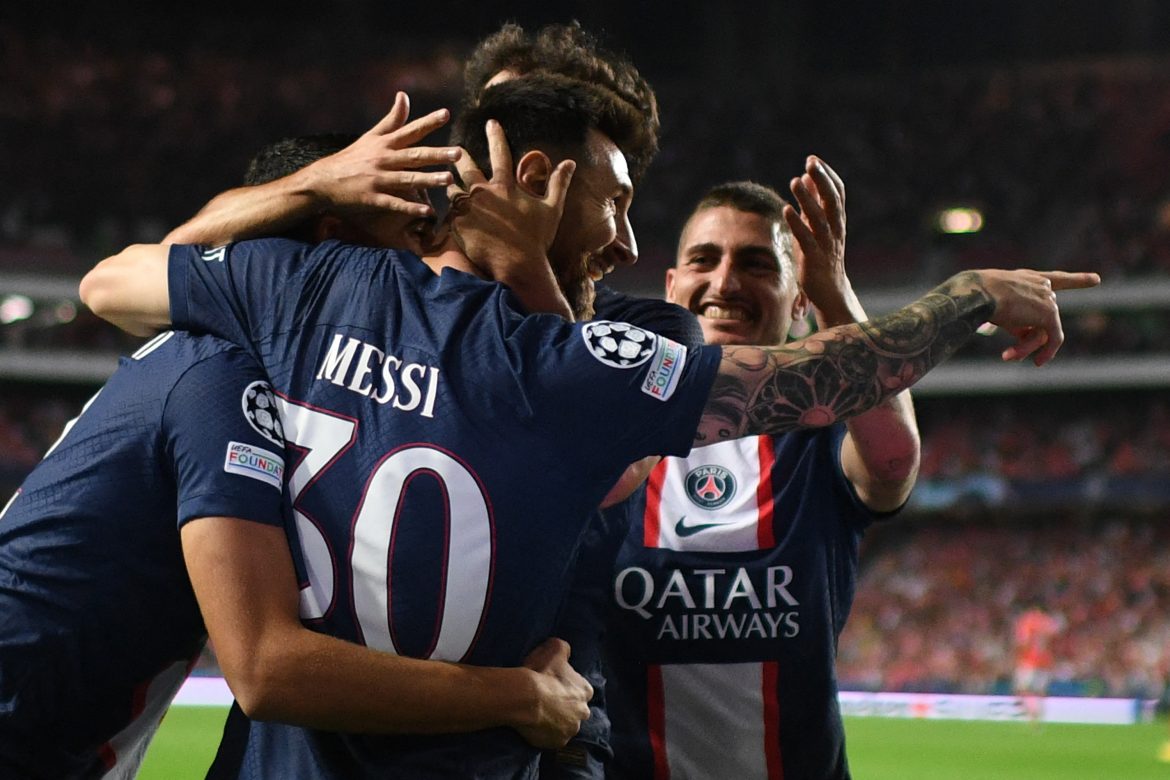 Odysseas Vlachodimos – 7 – Like his opposite number, he was called into action on multiple occasions, most notably from Hakimi and Mbappé. His finger-tip save from the latter was the perfect blend of thatetricality and practicality. There was nothing he could have done about Messi’s brilliant opener, which was way out of his reach.

Nicólas Otamendi – 7 – Along with his centre-back partner, the former Manchester City man did an excellent job at keeping PSG’s dangerous front line relatively quiet. Apart from one mishit backpass, it was a largely flawless and experienced performance from the veteran.

Enzo Fernández – 6 – Perhaps lucky to have stayed on the pitch following a clumsy late challenge on Verratti. Had that challenge been made in Ligue 1 rather than the Champions League, the consequences would likely have been more severe.

Gianluigi Donnarumma – 7 – A fine shot-stopping performance from the Italian ‘keeper. WIth his defence repeatedly being cut open, he was called upon more than Christophe Galtier would have liked. On four occasions, he pulled out important stops, the most impressive of which was from Neres mid-way through the first-half.

Danilo Pereira – 3 – Like all of PSG’s back-line Danilo endured a difficut first half. Troubled by the intense high-press deployed by Benfica, he was forced into minor errors as the away side struggled to build from the back and maintain possession. He was responsible for gifting Benfica the equaliser towards the end of the first-half, deflecting a sumptuous in-swinging cross past a helpless Donnarumma.

Marco Verratti – 5 – He, like his midfield partner, failed to exert the level of control that they often do on the game. Especially during the first quarter of the encounter, the game seemed to pass both of them by. Whilst things improved, and he did show some nice touches that allowed PSG to break through the lines, he didn’t reach his usual high levels, and the rest of the team suffered as a result.

Lionel Messi – 7 – A good performance from the Argentinian, who opened the scoring with a sumptuous curling effort from a move which he himself breathed life into. He looked the most creative and involved of PSG’s front three, although like all of PSG’s players on the night, he was also susceptible to lapses of concentration. One such lapse came at a key moment when, having been played through, he failed to sufficiently control a simple pass, with the ball running through to the goalkeeper.

Kylian Mbappé – 4 – The worst of PSG’s famous MNM on the night. He failed to have a large impact on the game and was culpable of some dangerous stray passes in the first half in particular. Given how open the game was during that period, he was lucky not to have been punished further for those mistakes. A clumsy first touch in the dying stages of the match characterised the Frenchman’s unmemorable return to the starting line-up.