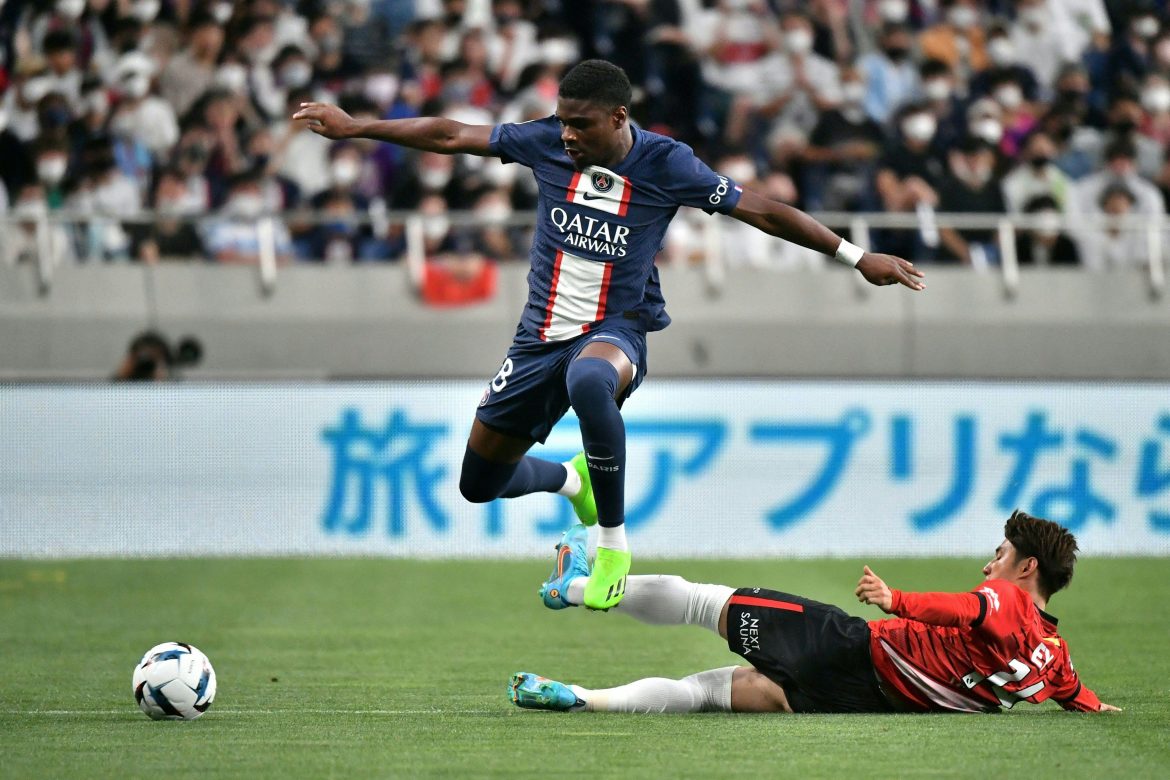 According to Fabrice Hawkins FC Porto are poised to hijack Frankfurt’s deal for PSG midfielder Eric Junior Dina Ebimbe (21) – with the Liga Portugal side trying to convince the player’s entourage on a move. The youngster already has an agreement with last seasons’ Europa League winners with a move reportedly ‘on the right track’ for a fee of €7m.

According to Foot Mercato Frankfurt were aiming to finalise a €10m deal for  the 21-year-old, who is expected to sign a five-year deal at the German side.

After two successful loan spells at Le Havre and Dijon in the last two seasons, the young Cameroonian midfielder looks to move on from PSG to kickstart his career. At 21 years old, Dina Ebimbe has appeared 14 times for the Parisian side in total – the majority of which came in the winter months of 2021 where the midfielder appeared mostly on the bench in the French capital.

The 21-year old made 31 appearances for Dijon in Ligue 1, and 25 for Le Havre managing to score one goal for the former, and three goals for the latter.

Another departure from PSG’s midfield will help to cut down the squad size after the recruitment of Renato Sanches and the potential arrival of Napoli midfielder Fabian Ruiz – the clubs still hope to get rid of Ander Herrera, Rafinha, as well as Paredes during what remains of the transfer window.