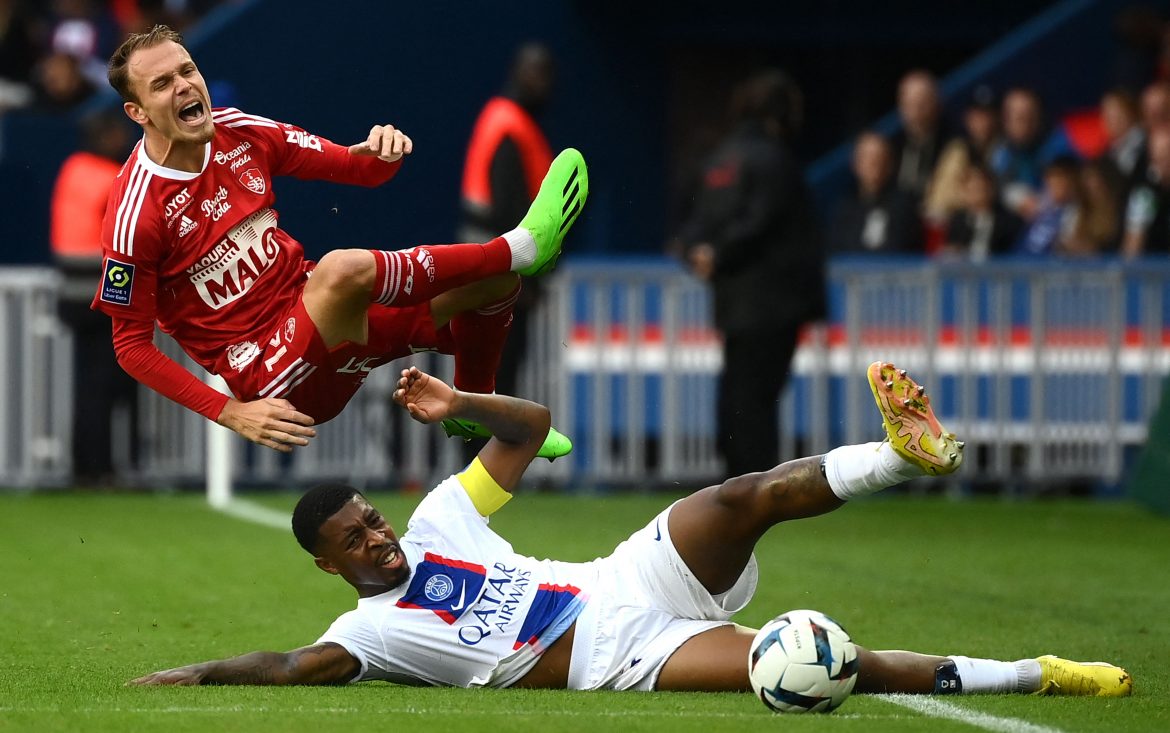 The incident occurred during Paris’ 1-0 win over Brest following a heavy challenge by Kimpembe on Brest’s Irvin Cardona, for which he was fortunate not to be punished more harshly. As part of an experiment, exchanges between official Jérémie Pignard and players and coaches were captured to be broadcast on Sunday’s Dimanche Soir Football show on Amazon Prime.

Approached by Pignard after the challenge, Kimpembe responded angrily, saying: “Woah, don’t touch me, brother!” Why are you touching me? Don’t touch me!“ before suddenly pushing the arm of the referee away.

Ligue 1 has long debated whether referees should be given microphones, akin to rugby officials, to aid the understanding of their decisions during games. This debate has intensified of late amid dozens of red cards at the start of the French season.