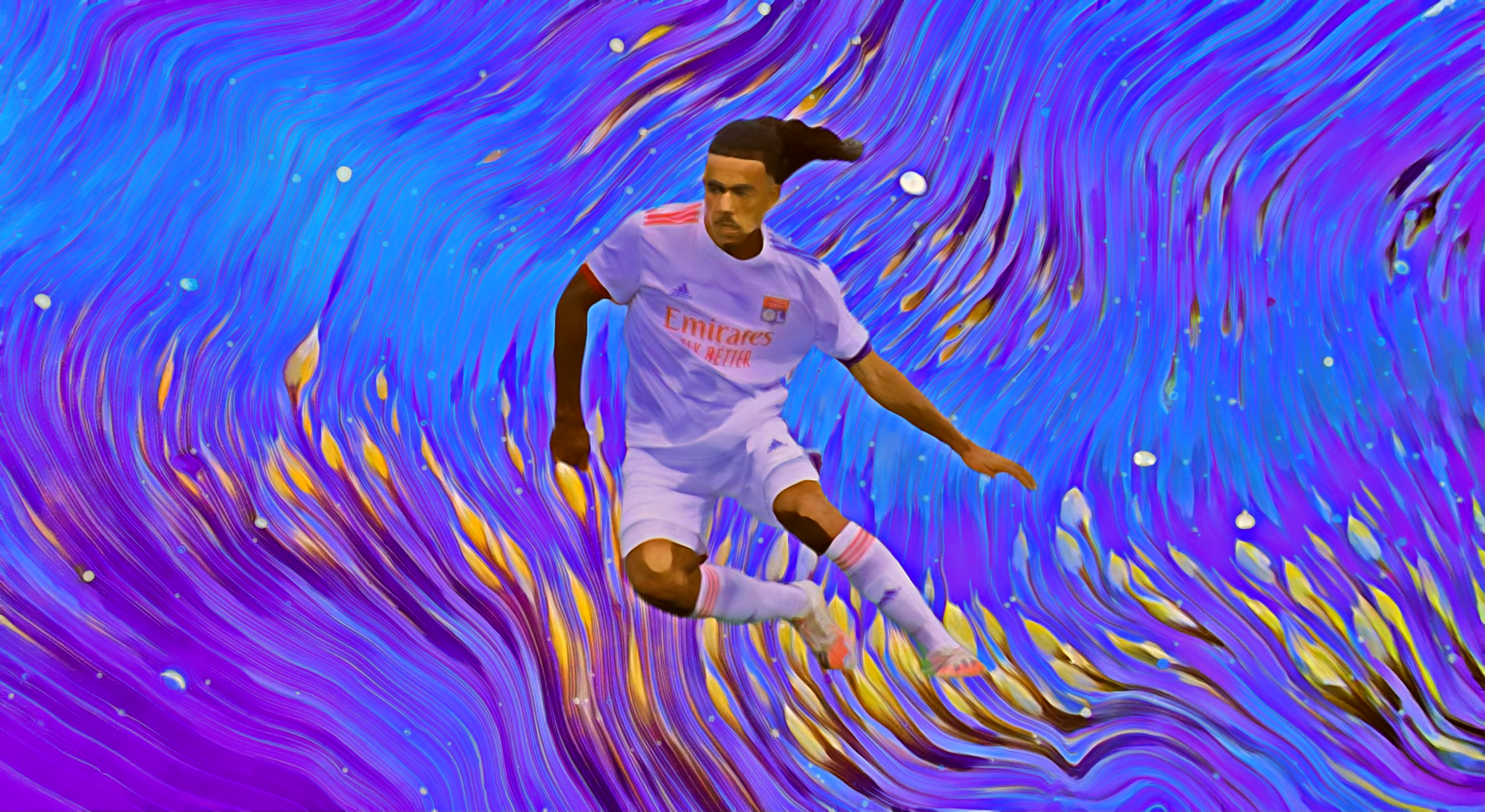 Among this season’s emerging cohort of young French talent, Lyon’s teenage right-back Malo Gusto is one of the more unusual prospects. Firstly, he barely resembles a typical full-back. Tall and rangy with the swagger and technique of a number 10, Gusto often gives the impression of a right-sided midfielder being asked to fill in. In fact, that’s not far from the truth.

Having started out as an attacking midfielder, Gusto was enlisted as an emergency full-back at OL’s academy with the age category above suffering from injuries. After a good performance, he’s stayed put. Gusto’s description of himself as an “offensive, hard-hitting, powerful, fast, technical player” is accurate.

At his best, the teenager, who looks anything but thanks to his goatee beard and wiry ponytail, is a pacey winger, confident and agile in possession with an ability to skip past opposition defenders and whip in threatening crosses.

However, as underlined in a naïve defensively display at Metz last week which contributed to two of Metz’s three goals, Gusto’s transition from skilful attacking midfielder to reliable defender remains in progress. Although his alertness, proactive style and ability to often neatly time his tackles is a promising combination, he remains, understandably, raw.

His decision-making in defensive scenarios, both on the ball and in challenges, can be erratic, leading to some wasteful passing in dangerous areas and rash tackling – he’s been fortunate not to concede more penalties.

In the unfortunate 2-1 defeat at PSG earlier this season, both sides of Gusto were seen. After a threatening attacking first half display, the teenager’s inexperience was cleverly targeted by Neymar and he was soon outmanoeuvred, conceding an admittedly controversial late penalty.

Although this holds the 18-year-old to impossibly high standards, given his age and inexperience, that game underlined major flaws in his defensive skillset. Although club captain and fellow right-back Léo Dubois’ form has evaporated this season, Peter Bosz has been too quick to opt for the risky Gusto option, contributing to Lyon’s downfall, both in Europe and domestically.

Nevertheless, Gusto’s potential remains thrilling. The swagger and technical ability that casts him more as a midfielder than a defender are highly reminiscent of Trent Alexander-Arnold. While areas of his game at both ends need refining (his crossing, in particular, is wildly inconsistent) he possesses all the raw materials to become one of the continent’s leading right-backs. Next season could see a breakthrough.