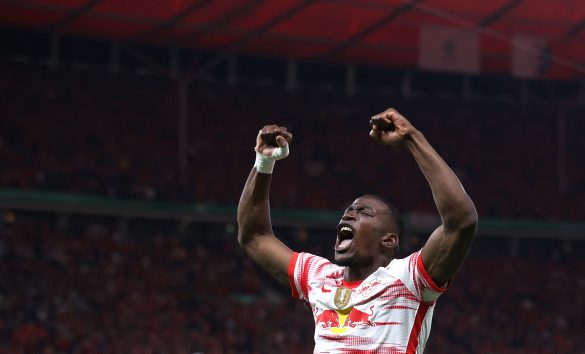 Foot Mercato report tonight that Paris Saint-Germain are closing in on their third signing of the summer after reaching an agreement on all fronts with Leipzig to sign French right-back Nordi Mukiele.

The former Montpellier man had been followed by the Ligue 1 champions even before Luís Campos began his work as sporting advisor, and now returns to his home town to add depth to the club’s right flank as well as being an option in central defence.

Fabrizio Romano adds that PSG will pay an initial fee of €12m, which would rise to €16m with bonuses. L’Équipe had initially reported on Wednesday that the club were in advanced talks for the French international and that personal terms had already been agreed.

The 24-year-old has already spoken with his new manager Christophe Galtier, who is also a fan of his. The defender leaves the Bundesliga after a four-year spell which has seen him accumulate both European and domestic experience as a consistent starter.

As per sources contacted by Get French Football News, Mukiele had been one of the first players to have been contacted by Campos, even before his arrival at PSG was announced last month.