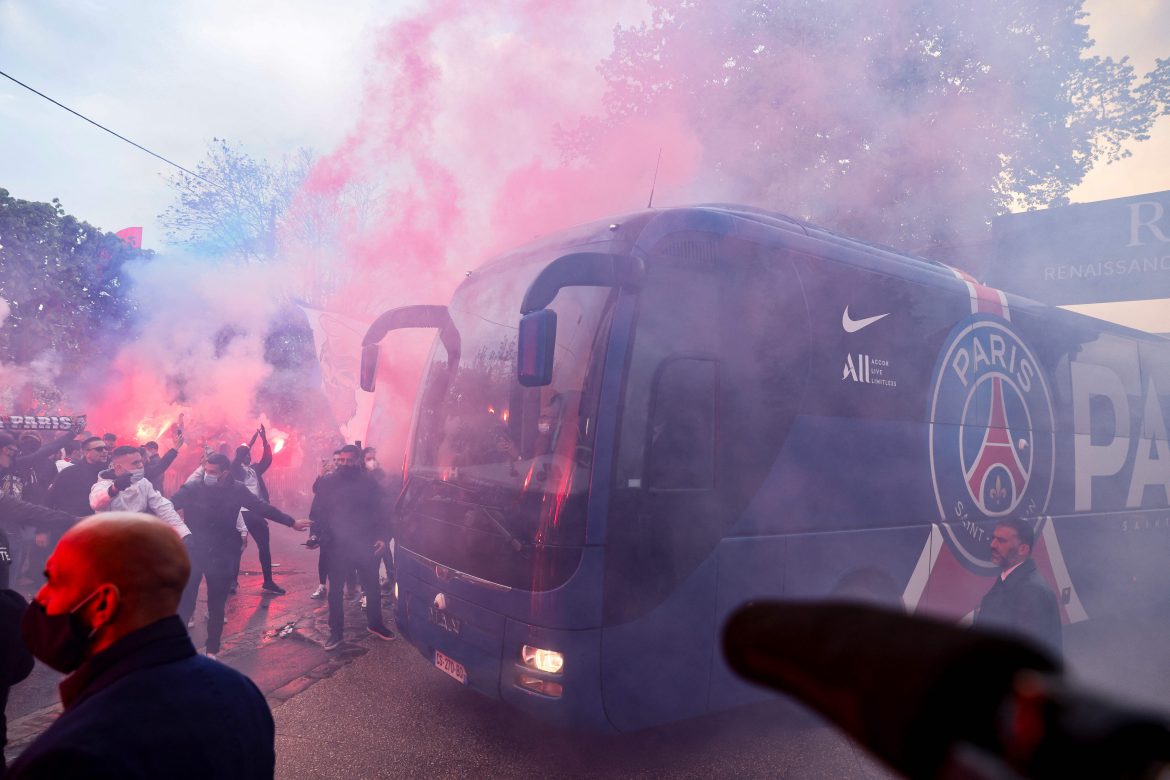 Le Parisien are reporting that the PSG team bus has made the 1800km journey from Paris to Lisbon without the players, who have flown to Portugal for their Champions League match against Benfica on Wednesday.

Overall, the bus will make a 3600km round journey to and from Portugal. The armoured bus, which is designed in the colours of the Parisian club will only transport the players and staff from the airport to the hotel and then onwards to the stadium itself.

After fulfilling its task in Lisbon, it will once again return to the Île-de-France region empty. The trip is being justified under the auspices of security, with the bus designed to be able to withstand projectile attacks. However, the journey once again puts the spotlight on the ecology of the club.

Prior to PSG’s Champions League opener against Juventus, manager Christophe Galtier was questioned on the club’s decision to fly to Nantes despite the proximity of the tow locations. He joked that the club was looking into the option of making trips by sand yacht: a joke that didn’t go down well and for which he later expressed regret.