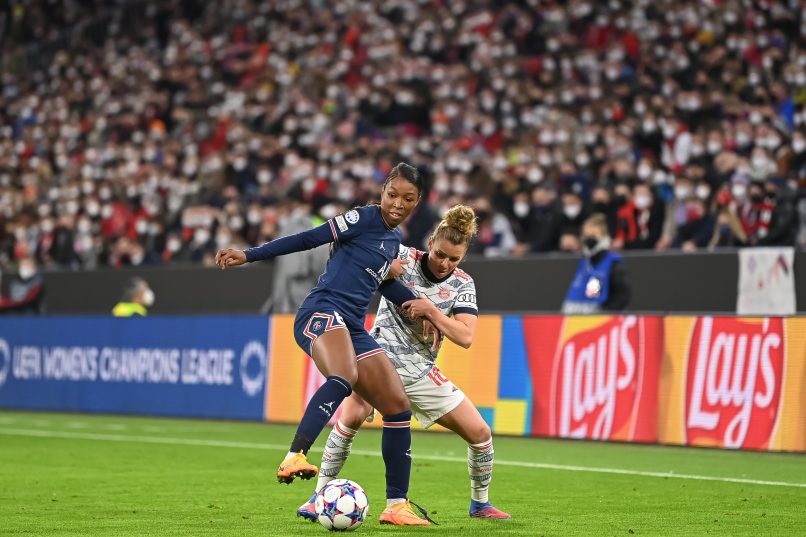 Following PSG Women’s second-leg victory (4-3 on aggregate) over Bayern Munich last night in the Champions League quarter-finals, captain Grace Geyoro spoke to the press, praising the atmosphere in the Parc des Princes. As confirmed by PSG’s official account, the game attracted over 27,000 spectators, breaking their own record attendance.

“It was a match with huge intensity against a very good Bayern side,” said the French international (48 caps). “We’re very proud of what we were able to do, very proud of the match too. The atmosphere was exceptional, we hugely enjoyed the presence of the ultras. It was a great meeting, we had a lot of pressure, it was a bit difficult to start but gradually we won out in intensity.”

Paris Saint-Germain will play the winners of the tie between Juventus and Lyon, with the former having won the first leg 2-1.