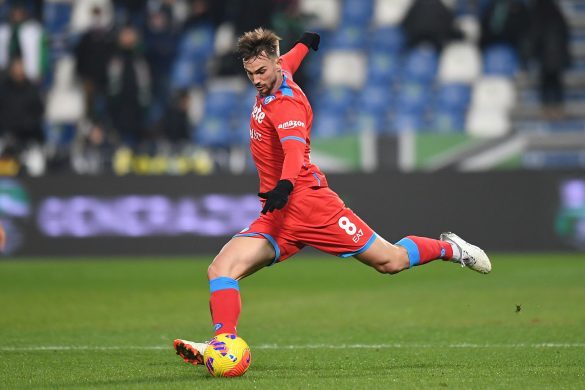 Gianluca Di Marzio reports that Paris Saint-Germain and Napoli are closing in on an agreement over the transfer of Spanish midfielder Fabián Ruiz on a permanent transfer.

L’Équipe previously reported that the Ligue 1 champions had agreed personal terms with the former Real Betis man, over what will be a five-year contract.

Di Marzio has had indicated that the Azzurri had set a €30m asking price, PSG were said to be readying an offer worth €25m, along with an extra €1m in add-ons according to Corriere dello Sport.

The Italian daily had initially revealed Les Parisiens’ interest in the Spanish international, with the management until now looking to bring a physically imposing midfield profile. There were contacts in the last few weeks with Ibrahim Sangaré of PSV Eindhoven, as confirmed by sources contacted by Get French Football News. Instead, they have decided to go all in on Ruiz.

Ruiz made a total of 166 appearances for Napoli in his four years at the club, during which he scored 22 goals including seven in the league last season. He had turned down a contract extension, with his current deal in Campania expiring at the end of the upcoming campaign.