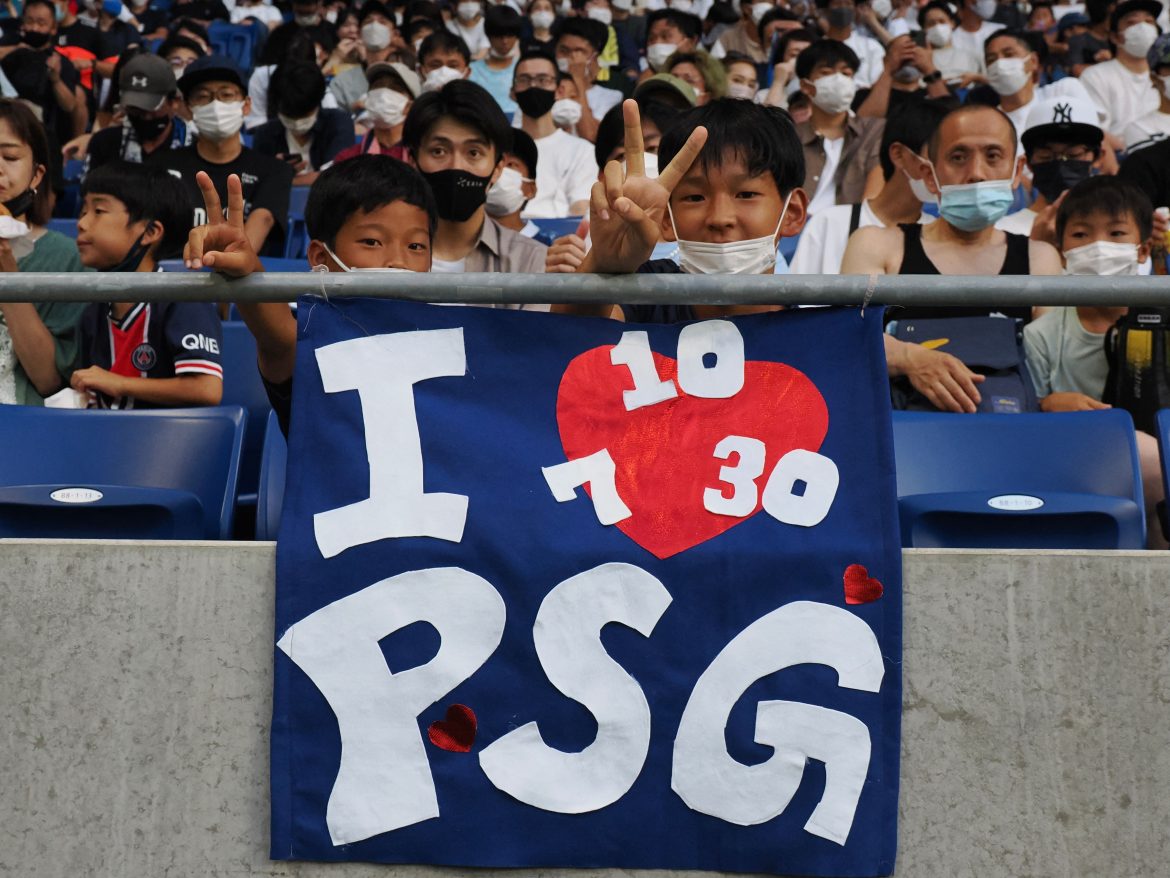 As reported by L’Équipe, Paris Saint-Germain are experiencing a craze in Japan with it’s pre-season tour being considered as one of the club’s most successful to date in terms of fan engagement. Every match has been welcomed by a full sell-out in all of PSG’s pre-season fixtures, packing out Japan’s National Stadium as well as Osaka’s Saitama Stadium with open training sessions being watched by 18,000 as the Parisian side reach the end of their pre-season tour in Japan.

PSG ran up 6-2 winners against Gamba Osaka at the Suita City Stadium thanks to a double from Neymar as well as goals from Messi, Mbappé, Mendes, and Sarabia during what was PSG’s third and final pre-season fixture. This comes after beating Urawa Reds 3-0 on Saturday with a packed-out attendance of 65,000. This follows the Parisians appearance at Japan’s National Stadium in Tokyo in front of 50,000 spectators.

Even open training sessions have nearly 18,000 fans turn up to PSG’s star-players in action – with fans also reportedly constantly gathered outside the team’s hotel as a PSG craze sweeps the country, where shirts are commonly seen everywhere – even at the summit of the Tokyo tower.

It has been considered the first time that PSG has received such an amount of fervour for one of their pre-season tours, after having travelled to Hong Kong, Singapour, the United States, and China in previous years – as new manager Christophe Galtier gets to grips with his  3-5-2 ‘new-look’ PSG side.