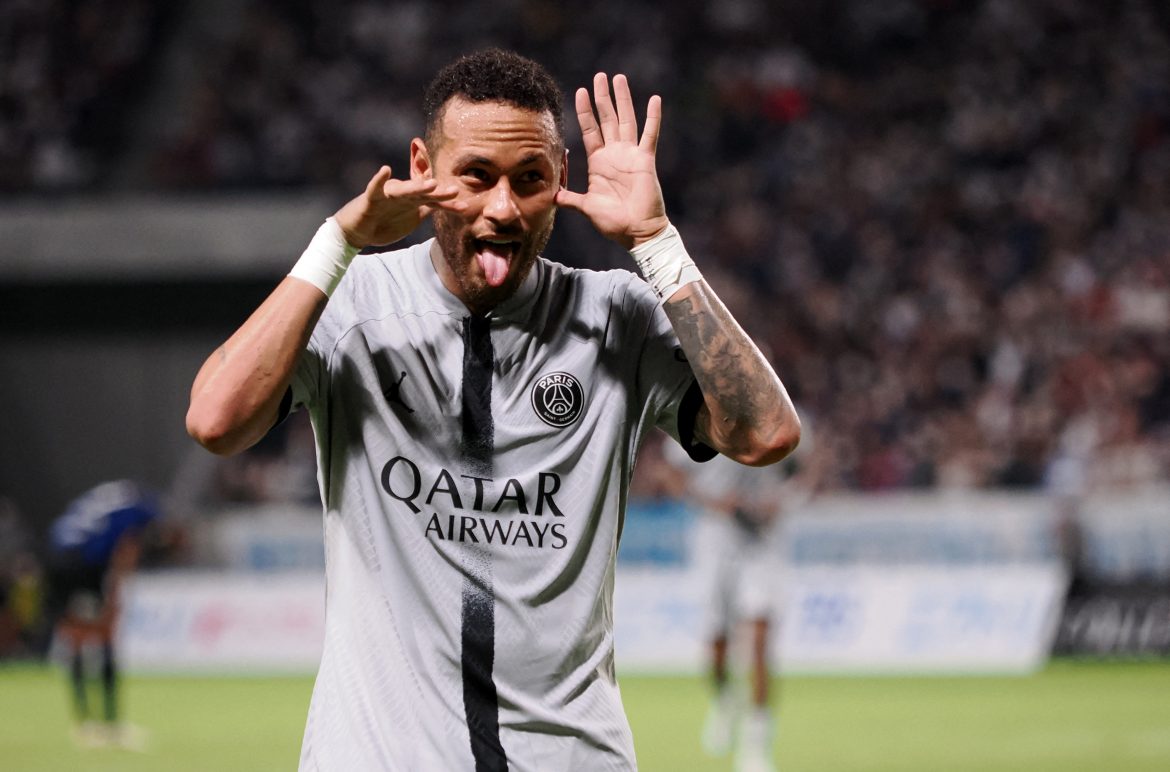 L’Équipe report this morning that despite Paris Saint-Germain’s desire to let go of him, Neymar wants to stay at the club and intends to show that he has his place in Christophe Galtier’s squad.

The Brazilian has made public his desire to remain in Paris, while Galtier has indicated that he wanted to keep the forward, who he considers to be on of the world’s best, but that the club’s transfer dealings were nevertheless out of his control.

Amid the overhaul in upper management at the club – Luís Campos’ arrival as sporting advisor, notably – PSG’s sights were set on signing Robert Lewandowski. With the Pole leaving Bayern Munich for Barcelona and few clubs prepared to take on Neymar’s wages, though, it appears that the status quo will remain going into the new season.

Having been booed by the fans towards the end of last season, Neymar appears to have switched gears over the summer and focused on preparing for the new season, having previously been told by the new management what they expected from him in terms of involvement and attitude, especially with regard to his talent.

The message has gone through to the former Barcelona man, who will have the World Cup in mind as well. Since the start of pre-season, the club has considered his state of mind “beyond reproach”. He willingly took part in all of his sponsorship commitments during the tour of Japan, has lost weight on returning from his holidays, and showed good form in this month’s friendlies – a reminder that the Brazilian is not done yet, whether that be in Paris or elsewhere.

His entourage did consider options for a transfer over the summer, sensing that Neymar was no longer the face of the PSG project, but his high wages, on a five-year contract, make a move difficult. Manchester United would be an option should Cristiano Ronaldo leave, but they are not in the Champions League. Chelsea are another potential destination, where he would reunite with Thomas Tuchel, or Manchester City as well.