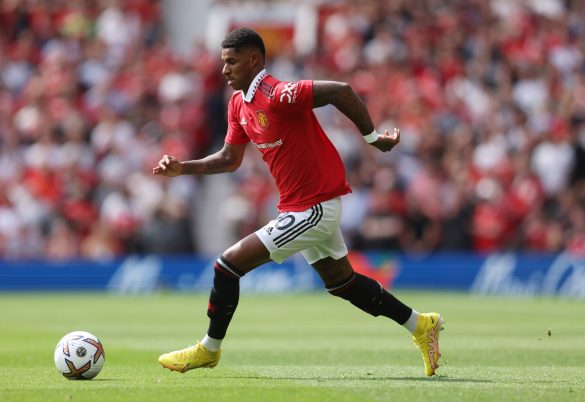 Manager Christophe Galtier had indicated in his press conference earlier this afternoon that the club wanted to add another striker to his options, with Arnaud Kalimuendo leaving for Rennes and Mauro Icardi heading for the exit door as well.

With sporting advisor Luís Campos having missed out on Robert Lewandowski to Barcelona, the club have now turned their attention to the England international, whose contract expires at the end of the season.

Talks are said to be advancing “positively” with the 24-year-old’s team, with PSG offering him the prospect of a return to Champions League football and a chance to work at a return to the Three Lions.

It remains to be seen whether the Red Devils would accept to enter talks for Rashford, with the wantaway Cristiano Ronaldo’s situation also complicating their current attacking options, even if they have recently looked at signing Marko Arnautović.

Kalimuendo’s sale – for around €25m – is expected to make the transfer financially viable for PSG. Campos has been looking for a versatile forward who can excel both in build-up play as well as the finishing touch, with Rashford offering Galtier an alternative attacking option. In his seven seasons with the Premier League side’s first team, the forward has scored 93 goals in 304 appearances.