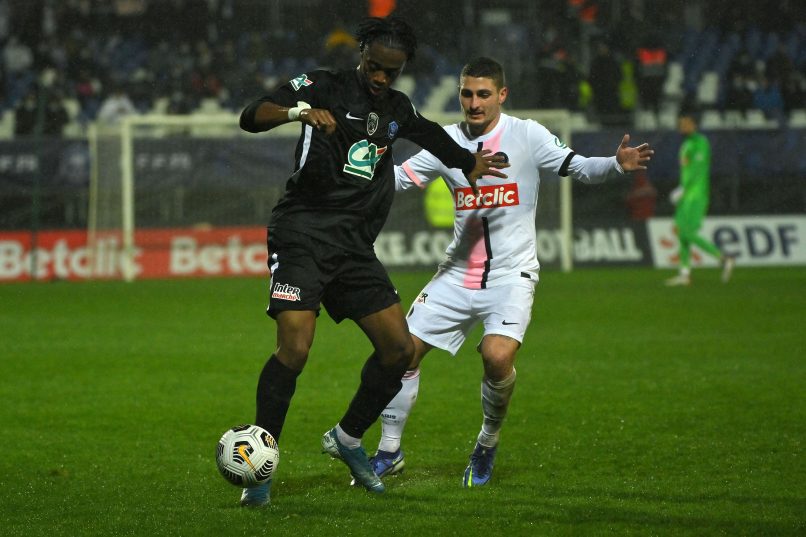 As reported by Foot Mercato, PSG are eyeing Vannes’ 21-year-old forward Diedry Kouassi who impressed during the fourth tier side’s Coupe de France run which was ended by PSG in January.

Kouassi, who came through Brest’s youth system before leaving from Vannes in 2019, impressed in the 4-0 loss to Paris and caught the eye of former PSG, Lille and Newcastle midfielder Yohan Cabaye who now works with the PSG academy.

The club are considering offering Kouassi a professional deal in a move from the technically amateur Vannes, before loaning him to a Ligue 2 club to see how he develops next season.