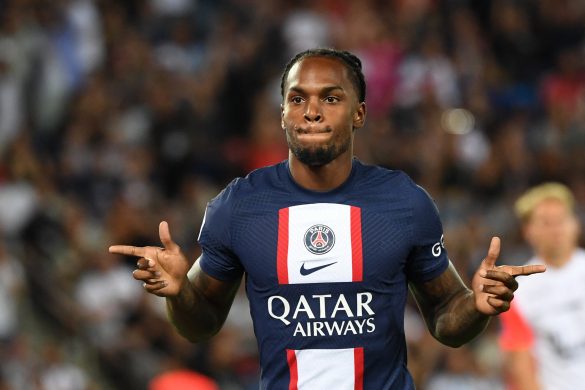 Paris Saint-Germain earned a hard-fought 2-1 win against OGC Nice, with Lionel Messi and Kylian Mbappé registering their names on the scoresheet for the home side.

On the other hand, Renato Sanches’ misery in the PSG shirt continued on Saturday as the midfielder had to be withdrawn after coming onto the field as a second-half substitute.

According to what is reported by L’Équipe, Sanches replaced Fabián Ruiz in the 72nd minute of the game. However, the 25-year-old midfielder’s sixth league appearance for his new club did not live longer, with a muscle injury to the Portuguese leading manager Christophe Galtier to take Sanches off the field.

Sanches, who had previously been sidelined for three weeks with a right groin injury, returned to action against Nice and stayed on the pitch for only 16 minutes. In the post-match press conference, Galtier said:

“When he slipped, he felt a little strain. He was coming back from an injury and he preferred to leave. We don’t know yet how serious the injury is.”