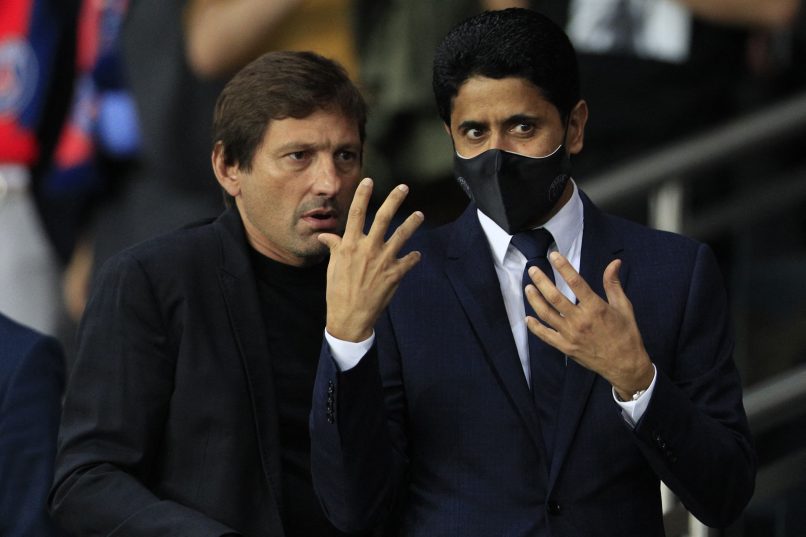 RMC Sport report this morning that Paris Saint-Germain president Nasser Al-Khelaifi’s job is not under threat for the time being.

In the wake of the Champions League defeat to Real Madrid, reports of a major backroom shake-up at the club soon emerged.

Nevertheless, Al-Khelaifi is not considered by the club’s decision-makers to be the main culprit for the loss, notably due to his delegating of tasks over the years.

Reflections are nevertheless underway regarding the changes to be made at the club, although nothing will be rushed.

The president was disparaged by the Collectif Ultras Paris in a statement released yesterday, which called for his dismissal, while the alleged altercation in front of the referees’ dressing room after the Real Madrid match also drew criticism.

Al-Khelaifi will be present for the midday match against Bordeaux today at the Parc des Princes, where the supporters are expected to show their discontent towards him and the rest of the club’s management and squad.