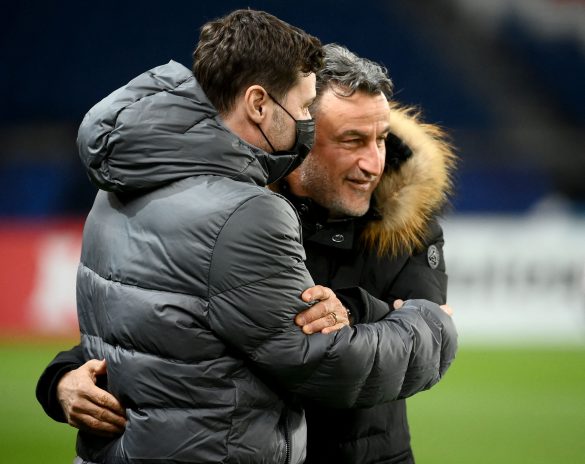 As initially reported by Fabrice Hawkins, L’Équipe have confirmed tonight that Paris Saint-Germain are nearing an agreement with Nice over manager Christophe Galtier’s move to the capital, which will see PSG pay out €10m for the remainder of his contract.

The former Saint-Étienne manager’s arrival at PSG will be made official once Mauricio Pochettino leaves the club – the Argentine is expected to see his departure after 18 months in charge announced on Thursday.

Negotiations are still underway between the former Tottenham Hotspur man’s lawyer and the club over the final year of his deal. PSG are expected to reach an agreement to pay €15m in compensation to Pochettino and his coaching staff.

Galtier had been the priority choice for newly-arrived sporting advisor Luis Campos, with the two men having seen their partnership at Lille lead to Les Dogues’ first league title in a decade, as they pipped PSG to top spot in the 2020/21 season.

Although the manager has yet to iron out the contract details with the champions, he is now expected to be at the helm by the time pre-season kicks off on July 4.

With the €10m agreement for the final two years of his contract secured, both clubs are now hoping the situation will accelerate – PSG will want to kick off their summer window, while Nice will be looking to wrap up his successor, with Lucien Favre expected to make a return.