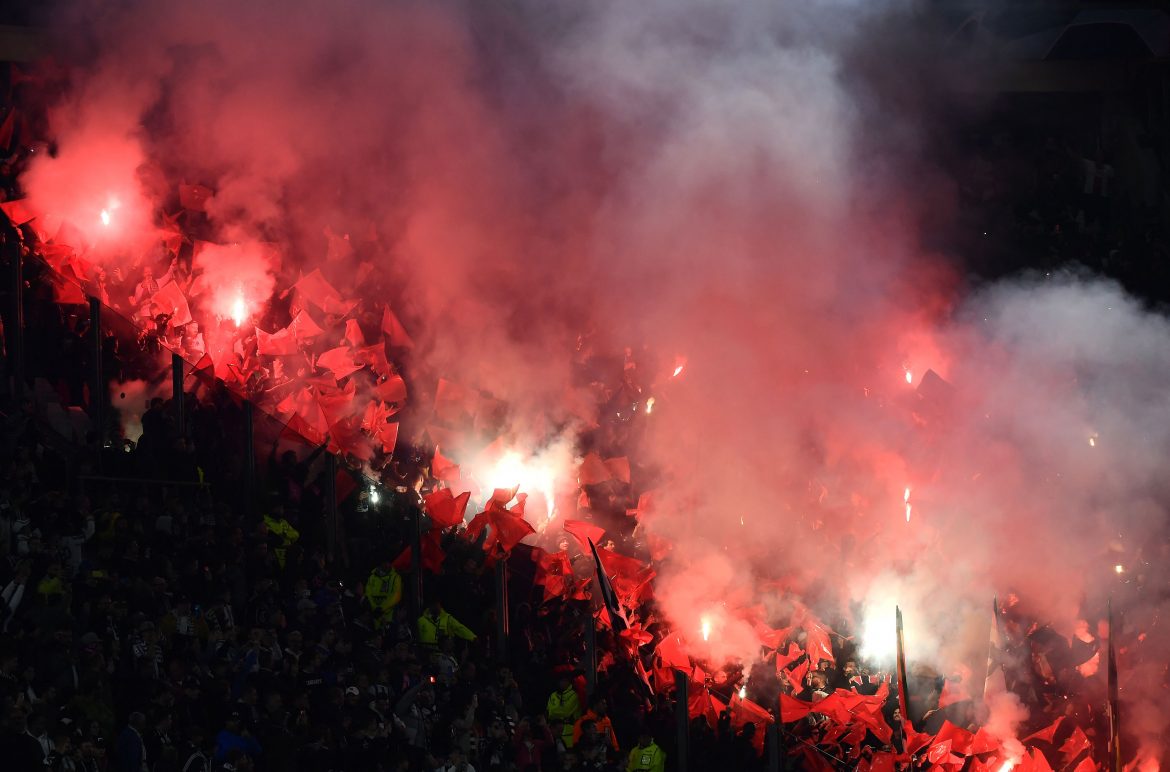 A group of PSG ultras also made the journey. There was the traditional showing of flares and smoke bombs ahead of the match. Although the intention of the Parisien fans was to animate the setting, the disciplinary committee has not looked at the incident with kind eyes.

L’Équipe report that UEFA will open a disciplinary case against PSG for the abundant use of smoke bombs by their supporters. UEFA want to sanction those actions.

It is understood that UEFA will add these actions to the case registered by the governing body after the game between PSG and Maccabi Haifa.

The supporters of the French are being investigated for “the use of fireworks” and “provocative messages of an offensive nature” while hosting the Israeli side on October 25. At the start of the second half, the Collectif Ultras Paris also unfurled a banner noting, “Gaza exists, Gaza resists, Free Palestine”. Despite the commotion off the pitch, PSG were able to overthrow their opponents successfully in both instances.