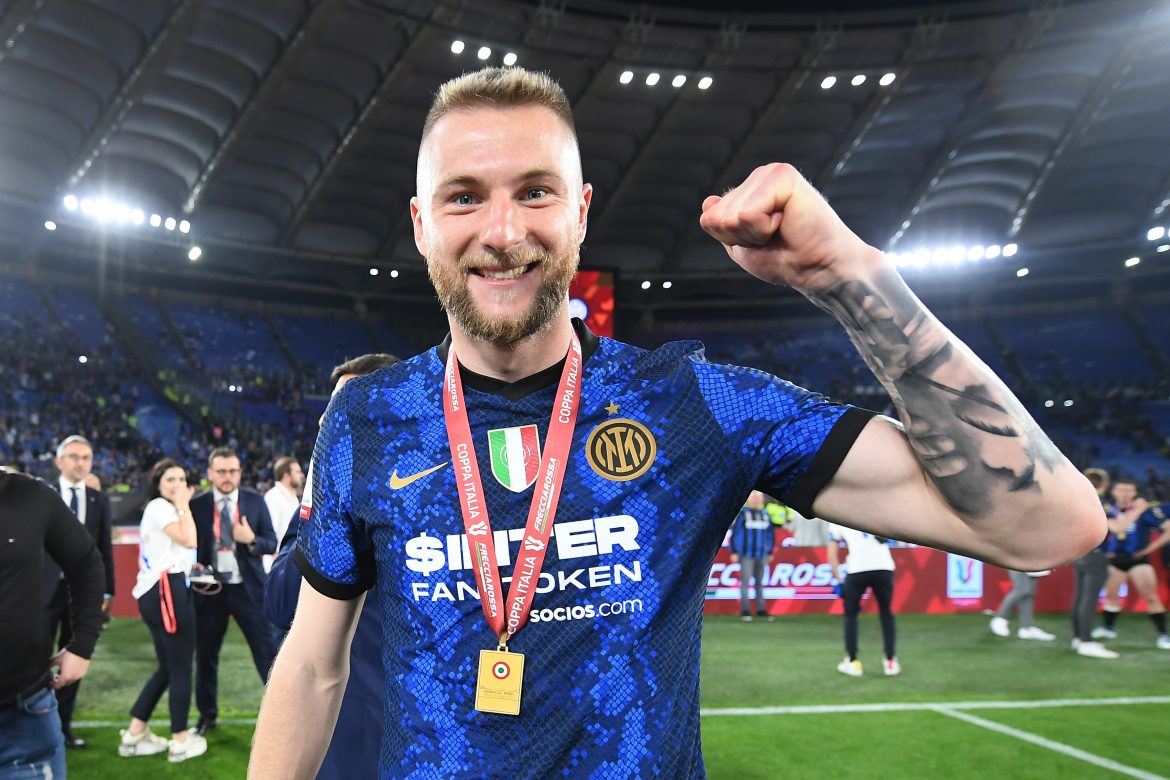 According to Foot Mercato Paris Saint-Germain are still in the running to sign Slovakian defender Milan Škriniar, with club intermediatries still feeling confident on the feasibility of the move from Inter Milan to the French capital. On the Italian side, Inter Milan are targeting a central defender that currently plays in France.

L’Équipe reported last week that Škriniar was likely heading towards a contract extension at Inter Milan despite PSG still pushing for the Slovak defender – the Serie A side are still demanding €70m for the defender.

The Parisian side were still confident over a deal last month, but the negotiations for the defender have dragged on into August with PSG unwilling to match Inter’s €70m valuation.

As reported by Get French Football News, the centre-back was one of three players the Ligue 1 champions had agreed personal terms in principle with last month, along with Gianluca Scamacca and Renato Sanches. Scamacca joined West Ham United late last month, but Renato Sanches completed his move to PSG last week, signing a five year deal.