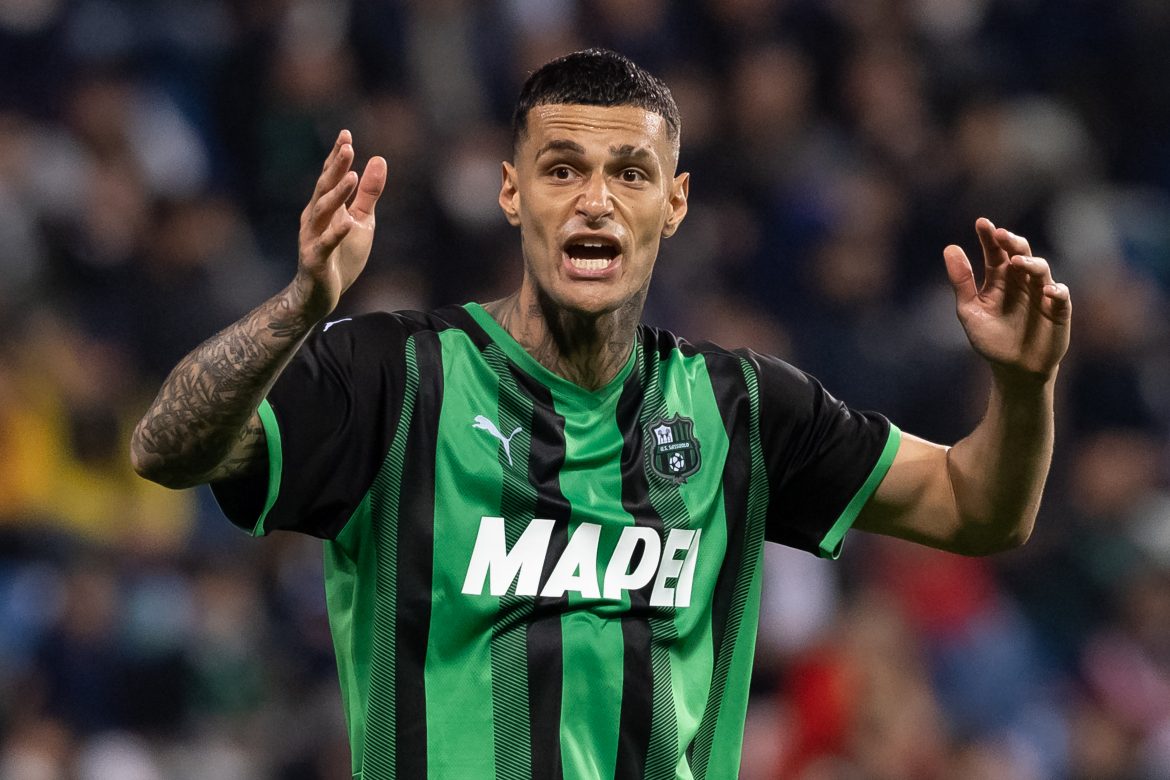 Sky Sport report tonight that West Ham have reached a verbal agreement with Sassuolo over a move for Italy striker Gianluca Scamacca, effectively putting an end to Paris Saint-Germain’s month-long efforts to secure his signing.

The deal to take the forward to the Premier League side will consist of a base fee of €36m along with another €6m in bonuses, with a 10% sell-on fee going to the Neroverdi as well.

Sources contacted by Get French Football News 10 days ago had confirmed that The Hammers had planned to hijack the deal, after Paris Saint-Germain had agreed personal terms in principle with the Italian but were unwilling to meet the Serie A side’s €50m valuation.

Scamacca, who scored 16 league goals last season, was initially not keen on the Premier League move, but as Fabrizio Romano has added, he has now agreed personal terms with the club.

Despite being one of three players PSG had agreed personal terms with earlier on in the window, shortly after the arrival of Luís Campos as sporting advisor, the club were unwilling to go beyond their initial €35m offer.