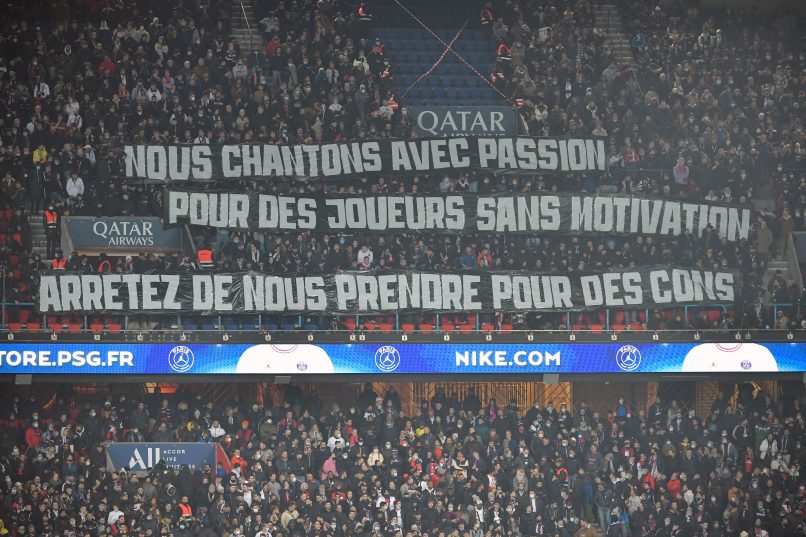 Following Paris Saint-Germain’s Champions League collapse on Wednesday night, the club’s ultra group, the Collectif Ultras Paris, have released a strong statement on Twitter detailing their frustrations with the club. They have confirmed they will stage manifestations during the Ligue 1 fixture against Bordeaux.

The unacceptable and inevitable disillusion that we feared and foresaw has unfortunately been realised.

How can you have this mindset that moves mountains when your season seems to begin in February and you play domestic competitions at a senatorial pace?

How can you have a genuine game plan when your squad is nothing but a bunch of ‘stars’ who barely compliment one another?

How can a coach be the respected boss of the changing room when he is manifestly not the true decision maker?

How can you regenerate a squad when endless subs can happily see out their contracts with such comfortable salaries?

How can you feel the immutable force of the history of your club when their colours alternate between black, fuchsia, pink, yellow…?

How can you want to change everything for the people of Paris when you settle for waving to them from the penalty spot and when you’re more often seen at Fashion Week than at a meeting with the representatives of your own fans?

We don’t have a short memory. We know what our return owes to President Nasser Al-Khelaïfi but it is clear he is not the man for the job. The club’s current situation requires complete reorganisation at all levels going forward and the daily presence of its president.

Our Paris Saint-Germain deserves people who serve it, not people who are served by it. Against Bordeaux on Sunday, we will show our displeasure and we ask everyone who loves this club, who will be present, to unite with our non-violent action.

We will remain mobilised until genuine, large-scale changes have been made. We do it in the greater interest of a club, not a brand, not a marketing product, OUR CLUB! Allez Paris.