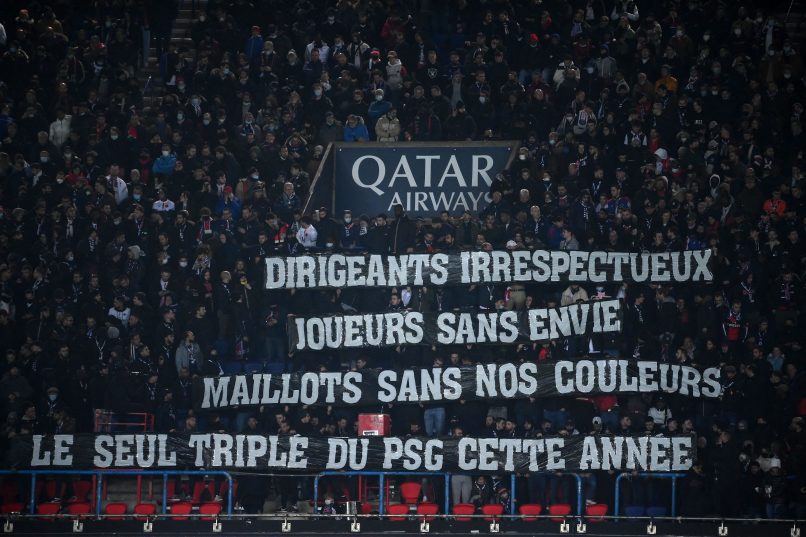 Following PSG’s crushing second-half elimination from the Champions League last night, the Paris Ultras Collective (CUP) plans to show its anger on Sunday, during the Ligue 1 game against Bordeaux, according to RMC Sport.

Having restricted entry to the Auteuil stand during the league fixture against Rennes in early February, the ultras put their discontent to one side for the following game, the first leg of the tie against Real Madrid. Equally, 2,000 Parisian fans made the journey to the Spanish capital last night to show their support.

Despite this, PSG’s failure to progress to the next stage of the crucial competition will have consequences. While the CUP reportedly had nothing planned for last night, they intend to make themselves heard on their return to the Parc des Princes on Sunday afternoon.