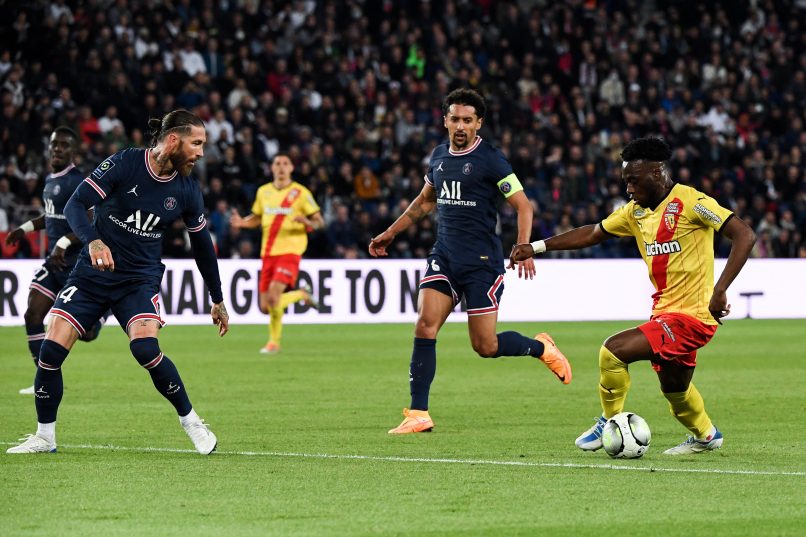 Paris Saint-Germain secured their record-equalling tenth Ligue 1 title tonight with a draw over Lens, as what looked to be Lionel Messi’s winner was cancelled out late by Corentin Jean.

A cagey first half saw a number of chances fall the hosts’ way, but Jean-Louis Leca was equal to all of them . Lens also posed a threat on the break, with mercurial midfielder Séko Fofana notably at the heart of the action in leading his team forward.

The second half saw Lens’ sturdy defence continue, until centre-back Kevin Danso was sent off on the hour mark after a second yellow, having tackled Neymar from behind in front of the penalty area.

With his team struggling to break through, it was Lionel Messi who came up with the flash of inspiration to open the scoring. Found in space on the edge of the box by Neymar, the Argentine unleashed a shot into the roof of the net, finally beating Jean-Louis Leca, who had been imperious in the Lens goal up until then.

Despite the occasion, the ultras continued their protest towards both the club’s upper management and the team itself by sitting in silence, as they have done so since the Champions League defeat to Real Madrid.

The fans also booed as Mauricio Pochettino’s name was called out along with the starting lineup – none of the players were given the same treatment this time, however. The overall atmosphere, barring a few scattered bursts of chanting from other sections of the stadium, was fairly muted. On 75 minutes, a pre-planned protest saw many of the Virage Auteuil ultras pack up and leave to go celebrate the title outside.

Corentin Jean’s late goal at the back post ensured Lens came back with a well-deserved point, with their overall performance mirroring their return to form of late that has seen them with a chance of European competition for next season.