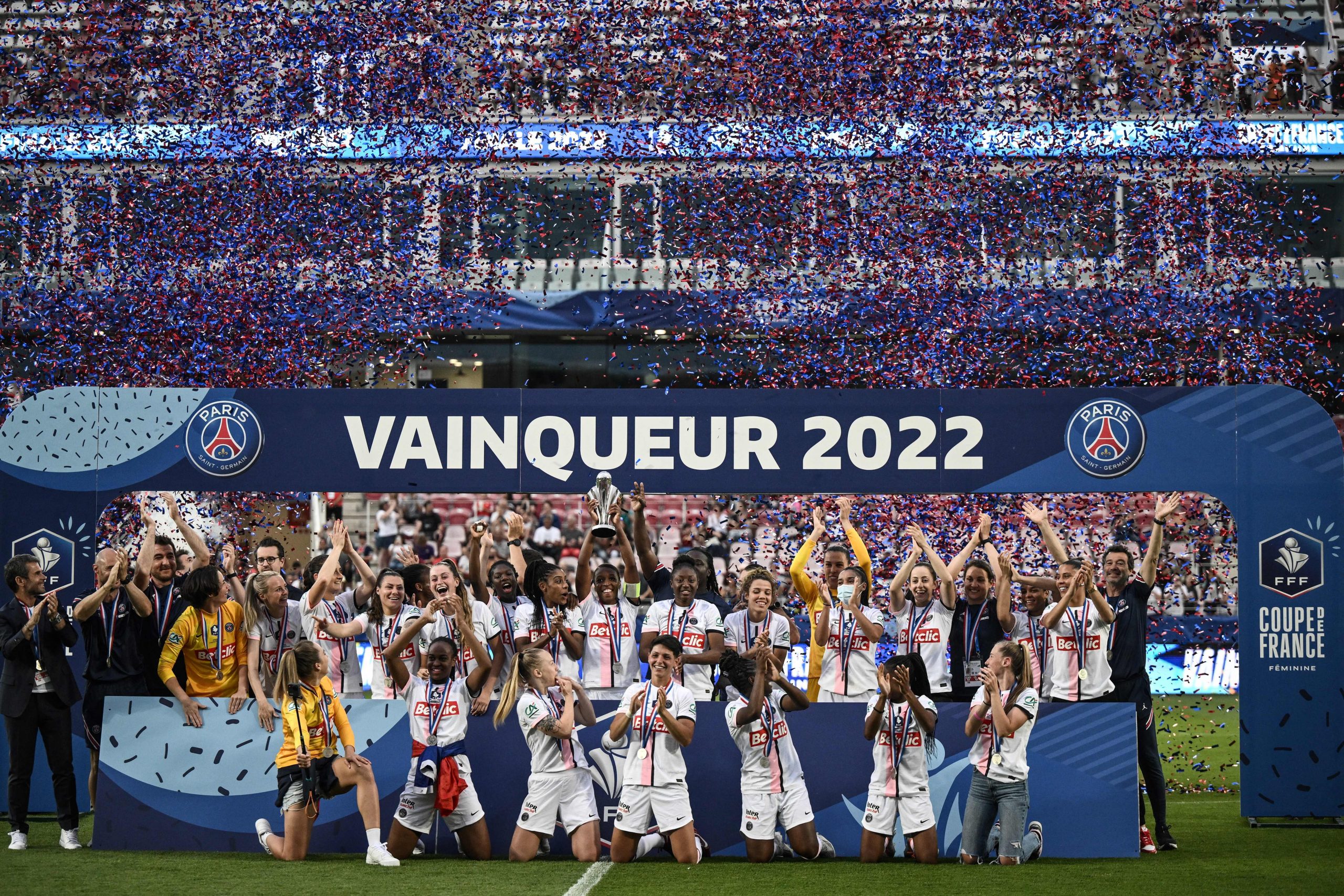 Paris Saint-Germain Féminines lifted the Coupe de France this afternoon in Dijon with an 8-0 win over second-tier side Yzeure.

The Parisiennes were 5-0 up within the first fifteen minutes with an early double from in-form striker Marie-Antoinette Katoto, who later got her hat-trick on the half-hour mark. Sara Däbritz and Ashley Lawrence scored braces of their own while Paulina Dudek also got on the score sheet.

The amateur side are the first team from outside the top flight to reach the final, have the smallest budget in the second tier. All of the players work during the day and have evening training sessions, in vastly different conditions than those of their opponents today.

PSG face Lyon in the league in two weeks, needing a win against their arch-rivals to stay in the race for a domestic double after losing to them in the Champions League semi-finals.