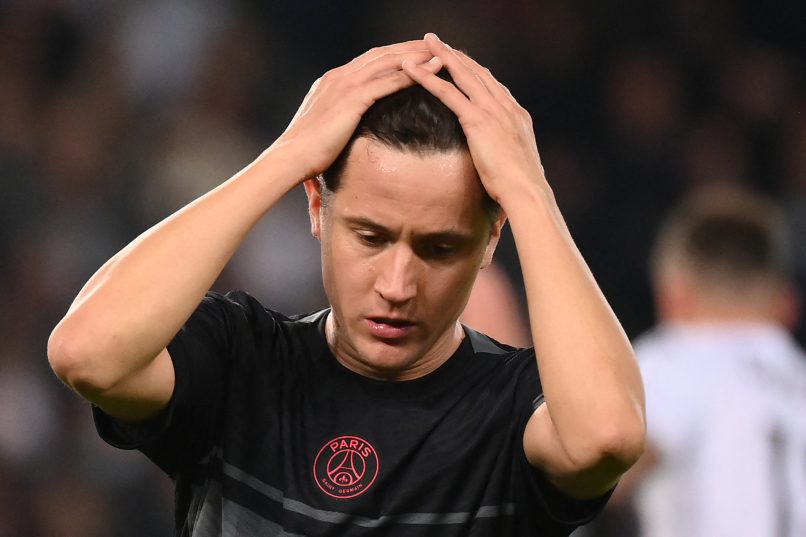 Paris Saint-Germain have announced today that Spanish midfielder Ander Herrera has been sidelined as a result of an eye infection.

The former Manchester United man had posted a picture of himself on social media yesterday displaying his swollen eye, prompting speculation as to the nature of the injury.

Meanwhile, his compatriot Sergio Ramos has resumed running exercises as he recovers from a calf injury which has plagued his time at PSG so far.

Achraf Hakimi will also miss this Saturday’s trip to Nice, but will return to training the following day – a boost for Les Parisiens ahead of the midweek second leg against Real Madrid. Layvin Kurzawa will also return to training sessions the same day, while midfielder Leandro Paredes has done so today.