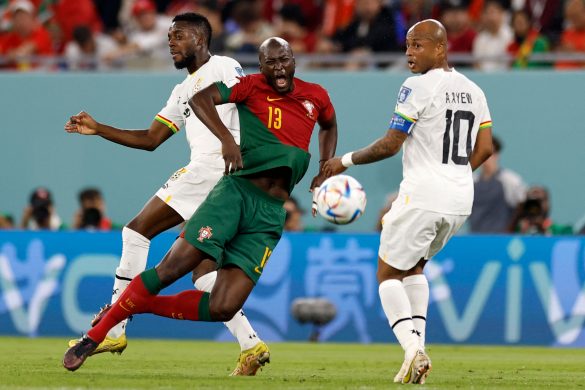 PSG’s front line may be scorching the goal keepers of the World Cup, but the Ligue 1 defenders are not having the same luck. According to Fabrizo Romano, Danilo Pereira joins his teammate Nuno Mendes in injury and out of the World Cup.

While his loss will come as a blow to his national team’s World Cup campaign, both of the Portuguese defenders have been key players to PSG’s defense. According to the reporting Danilo will be heading back to Paris “soon”.

Danilo is a versatile player who can not only play his natural position as a defensive midfielder, but as a center-back. The Portuguese World Cup player allows PSG to be more flexible and use different formations. He is also coming off a string of very strong performances. Danilo hit a game winner against Lorient before the World Cup break.

There is no reported timetable for his return. PSG’s next league match is against Strasbourg on December 28th.