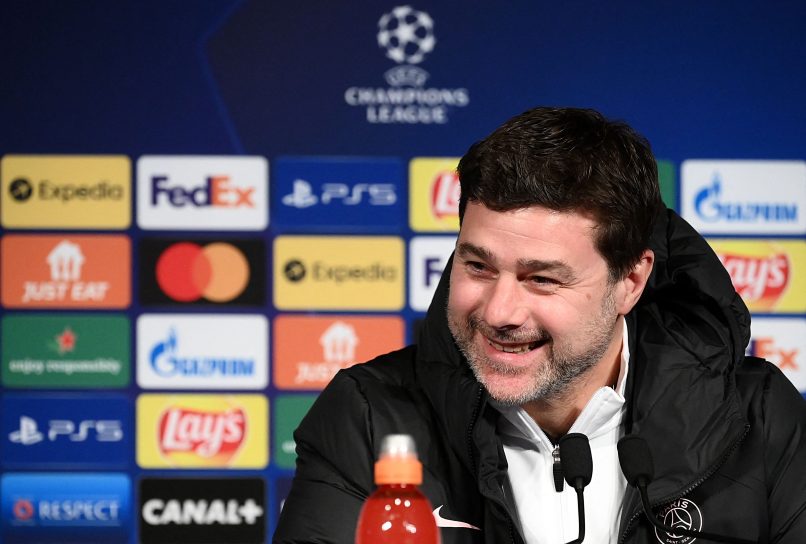 Amid reports of a search for a replacement – with Zinédine Zidane’s name often being linked to the club – the former midfielder nevertheless reiterated his support for the Argentine.

“Right now, he still has a year left on his contract. Honestly, we’ve never thought about changing managers. We’ve never contacted Zidane or anyone else. Before coming here, Pochettino was always among the top five managers and he’s still there.”

“You can see his progression, even if a lot of things have happened. I see him as being increasingly committed, because over time you become more familiar with your surroundings.”

“I think he had a few moments of doubt, but he’s never asked to leave. He might have gone through some difficult times, in February or March [of last year], when he had Covid-19. Then, over the summer, there were rumours of him leaving. He’s said that no club reached out to him and we haven’t been contacted either.”

“[On Poch telling L’Équipe in autumn that he was brought in to put PSG’s ideas in place, not his own] That might have been his impression at the time. You’re under pressure in an 11th division club, so imagine in one of the most important clubs in the world. But you have to be straight – when you look at what we did last summer in the transfer window, it’s either for now or it’s for the future.”

“[On being a long-term commitment] We’ve never thought the contrary and he’s never asked to leave. How can a manager in his situation not be motivated? You have that kind of squad, the Champions League ahead of you, you’re at PSG where you yourself were as a player. I don’t even see how it can be a topic of discussion.”

“[On Thomas Tuchel] You can’t predict that he would have won the Champions League had he stayed here. It’s a question that depends on context, nested in a lot of elements. At the time [December 2020] we maybe saw no future with him. The question was knowning whether we would go to the end of the contract without guarantees or if we would stop it before. It’s the choice we made.”