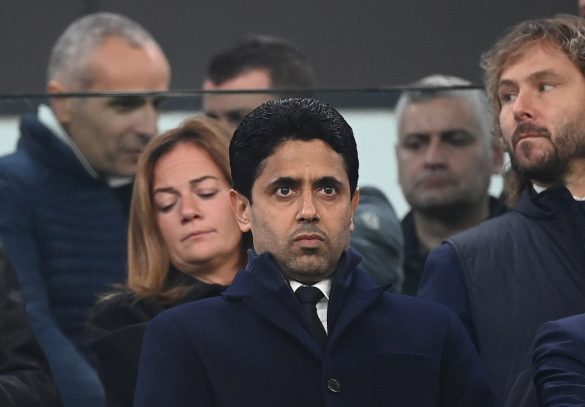 Speaking to L’Équipe Paris Saint-Germain president Nasser Al-Khelaïfi has once again threatened to leave the Parc des Princes unless the local authorities cooperate in negotiations for the sale of the iconic stadium to the club.

Al-Khelaïfi has been very vocal about his discontent with negotiations for the stadium. PSG have played at the 40,000-capacity stadium since 1974, but don’t own it. Emmanuel Grégoire, the assistant to the Mayor of Paris, has criticised the club’s latest offer to buy the stadium off the authorities, stating, “We haven’t categorically excluded the possibility of a sale, but only at the right price. PSG are offering €40m. It’s less than Paredes. Really?!? Do you really think that the Parc des Princes is worth less than Paredes, who was bought for €50m? It’s not serious.”

In response to the stalemate, Al-Khelaïfi has expressed his discontent in the media, first through Bloomberg, and then more forcefully through Marca stating that the club “doesn’t feel welcome” at the Parc des Princes. The PSG president has now gone even further, saying that if the Mayor of Paris isn’t willing to accept the offer, the club will leave the stadium.

“I have a question: what is the value of the stadium without PSG? It’s nothing. The Mayor should also ask what the club brings to the city of Paris as well. If they think we’re going to invest €500m, we’ll simply go and build another stadium,” said Al-Khelaïfi.

He continued, “[I have told the Mayor] that if they don’t want to accept our offer, we’ll leave. We’re not threatening. We’ll shake each other’s hands, thank the Mayor and say goodbye.”

The idea of moving into the national stadium, the Stade de France is an idea that has been evoked, whilst two greenfield sites have been earmarked for development.

Nasser Al-Khelaifi on the winter transfer market: “We have to keep the same team.”