PSG’s Presnel Kimpembe out for next two games 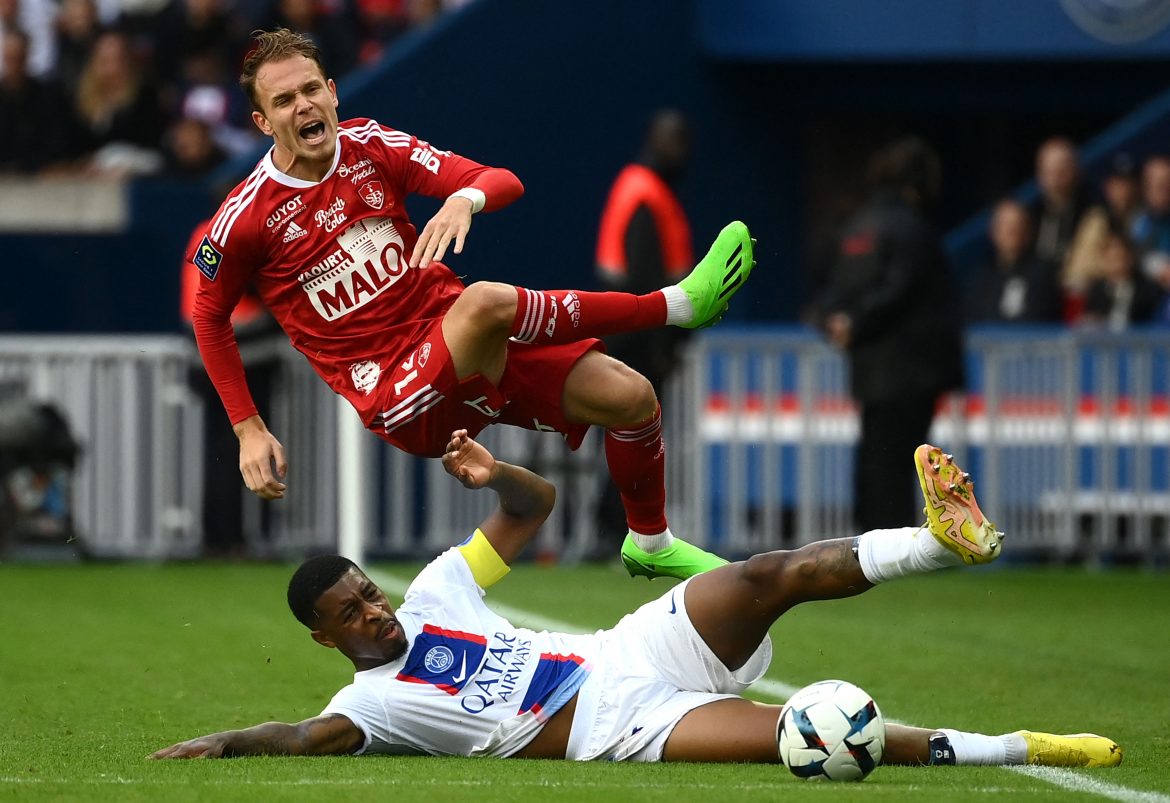 Speaking following Paris Saint-Germain’s 1-0 win in Ligue 1 over Brest on Saturday evening, manager Christophe Galtier confirmed that defender Presnel Kimpembe will be out for the next two games following an injury inflicted against the Breton side. Galtier confirmed that the defender suffered a left thigh hamstring injury whilst tackling Brest’s Cardona – which initially earned the defender a red card, eventually overturned by VAR. He will miss the next Champions League fixture against Maccabi Haïfa as well as next Sunday’s Ligue 1 clash against Lyon. Galtier said the following, as transcribed by L’Équipe and GFFN’s George Boxall:

“He is suffering from a muscle injury, he will undergo tests and we will wait 48 hours to see how serious it is.”

This also means that Kimpembe could also miss the France squad for Nations League ties against Austria and Denmark in preparation for November’s World Cup.

Christophe Galtier: “With VAR there can no longer be errors.”