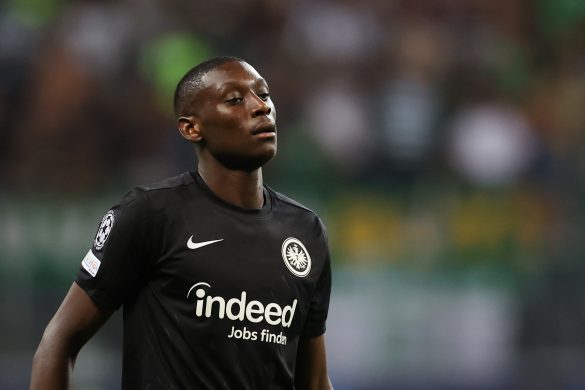 Speaking to the press ahead of France’s fixture against Denmark tomorrow evening to L’Équipe Frankfurt’s Randal Kolo Muani believes he can make Les Bleus’ squad for the World Cup – as the 23-year old receives his first call up for his senior national side.

“My integration is going well. I feel good here. You have to be serious and keep working. Being called up to the Blues is not an end in itself, the hardest thing is to stay there. It’s a stage, I have to work hard to be called up. I’ll try to enjoy myself and give my all so I don’t regret anything. The World Cup? Yes, of course. It’s going to be a big list. It’s up to me to prove myself at club level, there’s still a long way to go, but for me, yes, it’s possible”