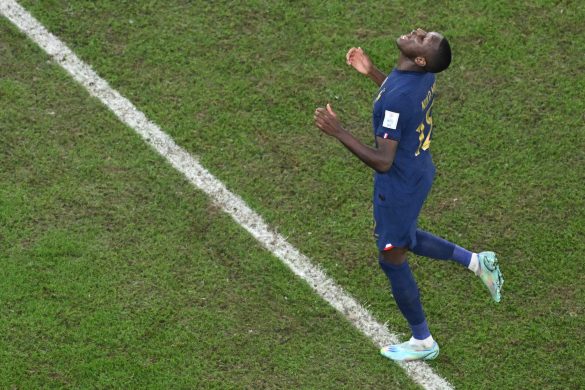 Speaking at France’s daily press conference today, forward Randal Kolo Muani discussed Les Bleus’ state of mind after their loss to Tunisia last night, and looked ahead to their last 16 tie against Poland on Sunday.

The Eintracht Frankfurt man first spoke of the “childhood dream” that was playing in his first World Cup match, before recognising that he saw little action up front as the team struggled to attack against a solid Tunisian side, and that Les Bleus could have done better.

He then went on to explain that his fellow attackers Olivier Giroud and Kylian Mbappé were giving him advice during the tournament, notably in terms of staying cool and playing with his back to the goal. For Kolo Muani, international football has “a lot of intensity” and is “quicker” compared to club football, and requires more concentration. He then added that the mood in the France camp was upbeat, even if the now-dropped Benjamin Pavard was revealing much about the discussion he had with Didier Deschamps.

The striker ended the press conference on a lighter note, having been asked for an anecdote from the France camp:

“Ousmane Dembélé is scared of cats. When cats walk outside, when we’re eating, Ousmane is scared, which makes everyone laugh a bit.”