France’s Raphaël Varane at halftime against Poland: “We are living a dream but this dream can end.” 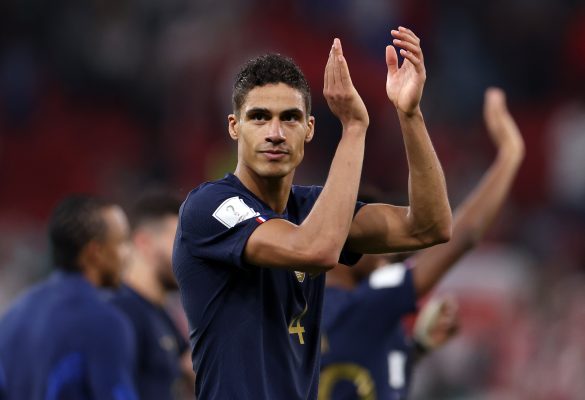 The fears and doubters of Les Bleus that crept up after the match against Tunisia may have quieted, at least for now, but at halftime against Poland, Didier Deschamps and Raphaël Varane may have not been so sure themselves in the squad’s ability to get to the next stage.

In a piece from L’Équipe, it was reported that Deschamps was very unhappy with what he saw in the 1st half in a match needed to win to continue in the World Cup. The French coach seems to have wanted more movement and felt the team was behaving like amateurs. Specifically pointing out Antoine Griezmann to tell him to stop asking for the ball in all areas of the pitch and to better cover the right hand side when the ball was lost because It left Jules Koundé at a numerical disadvantage.

After Deschamps spoke to the team, veteran Raphaël Varane, stepped up to address the room stating, “We are in the round of 16 of the World Cup, we are living a dream but this dream can end at any time if we continue like this.”

Though the Manchester United defender’s comment was not delivered in the same fashion as Paul Pogba often spoke in 2018, his words were felt by the room. The vice-captain was reportedly more upset by the first half than the coach himself. He also is not an outspoken leader, but rather someone who leads by example. So, when he does speak everyone knows it is time to listen. However he delivered the message, it seems to have been very effective. Les Bleus went on to score two more goals and win the match.

Marco Verratti agrees to a new contract with PSG