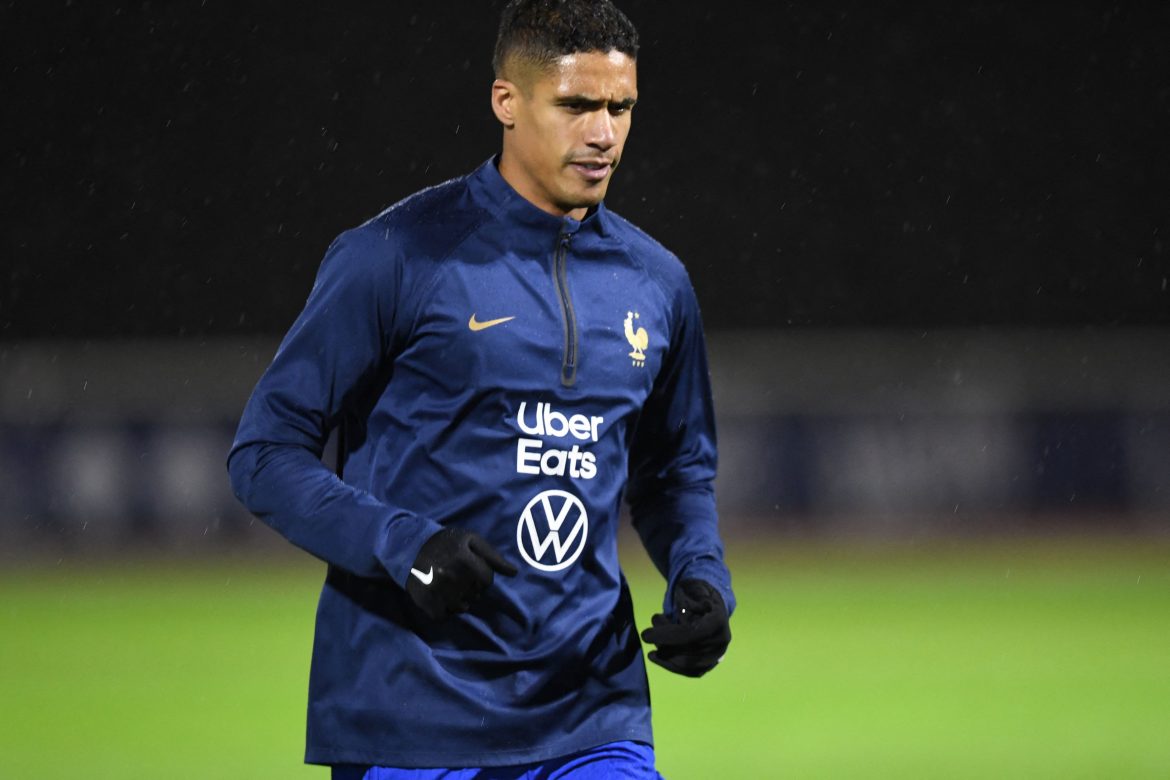 Speaking at his press conference this afternoon, Didier Deschamps has announced that Raphaël Varane would be available for France’s World Cup opener tomorrow night, against Australia.

The defender had been an injury doubt in the lead-up to the tournament following a thigh issue he picked up in Manchester United’s draw against Chelsea last month. Les Bleus’ vice-captain was nevertheless called up for the trip to Qatar, and now appears to have recovered in time, with no further setbacks.

Varane had been training separately from the rest of the squad during the past week and was following a personalised programme, as was his former Real Madrid teammate Karim Benzema, who on Saturday evening suffered a thigh muscle tear ruling him out of the entirety of the tournament.

Deschamps has also indicated that although Eduardo Camavinga missed yesterday’s training session, his fitness is not a cause for concern and the former Rennes man will be back for tonight’s session.