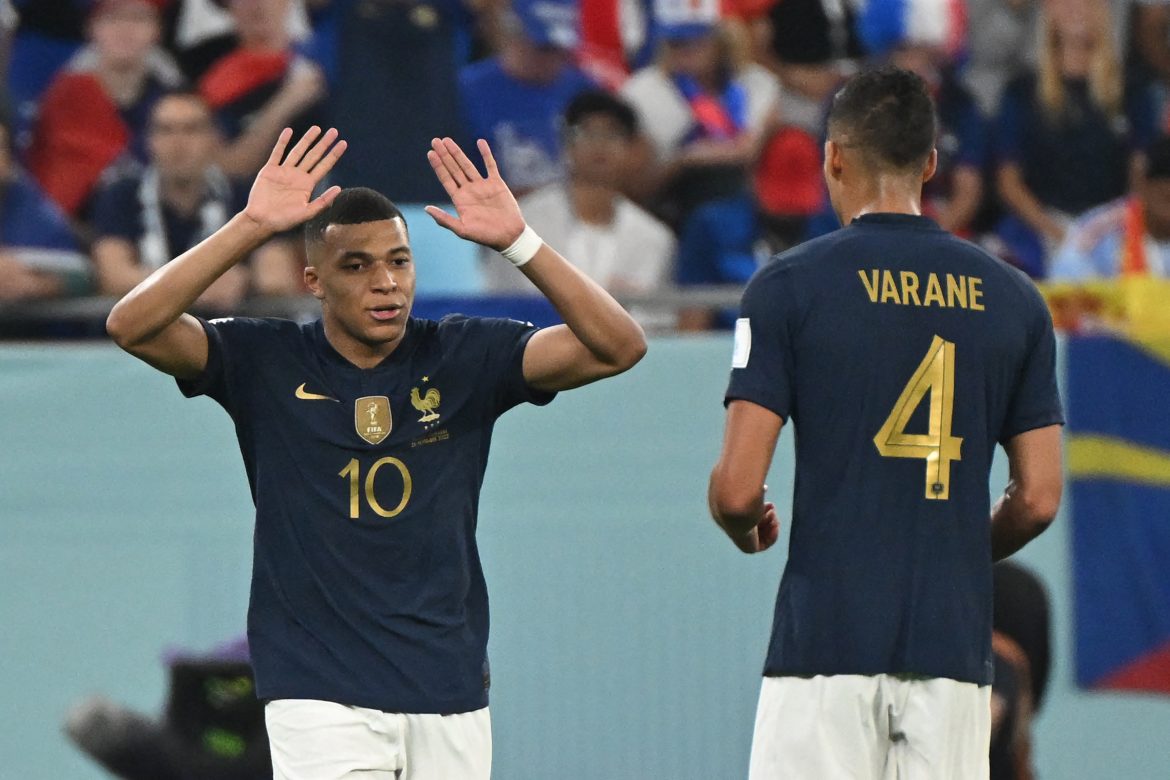 Varane made his return to the starting line-up for Les Bleus’ 2-1 victory against Denmark. The Manchester United centre-back didn’t complete the tie but managed 75 minutes having not played since an injury picked up against Chelsea in late October. He left the pitch in tears that day, with Varane logically fearing that his World Cup dream was over. However, the tests didn’t come back as bad as first feared, and he made Didier Deschamps’ squad.

Varane reflected on the work he put in to get to Qatar. “I am very happy, very satisfied to be here. I worked a lot and enjoyed myself. It is always special to play in a World Cup, to play for your country. I’m making the most of every moment!” he said.

Whilst highlighting that Saturday’s victory against Denmark was a collective one, he nonetheless spoke glowingly of Mbappé’s personal performance. Mbappé scored both goals on the night, which moved him level with Zinédine Zidane on 31 goals for France. He is also now the second-highest top-scorer for France in the World Cup.