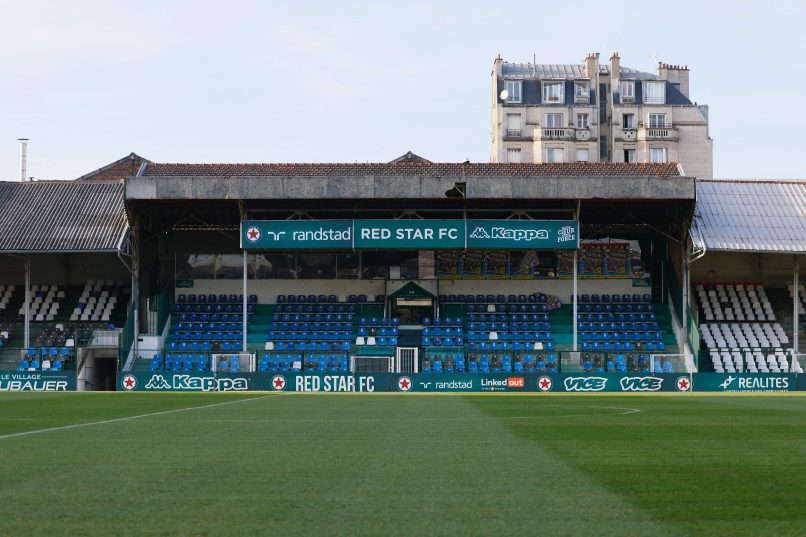 Following the news that American investment fund 777 Partners, who already own Serie A’s Genoa, and are purchasing Belgian side Standard Liège, were to buy out Red Star FC, the Parisian club’s supporters have published a detailed statement to explain their forceful opposition to the deal, including the financial priorities of the investors, the low position of Red Star within their club hierarchy, and the likely exploitation of their youth academy. This comes after an initial statement against the move last week.

Our values are not for sale!

Last week we learned through the press of the likely purchase of Red Star by an American investment fund. Wounded by this announcement, Red Star Fans and the Red Star Bauer Collective decided to publish a statement on social media in order to denounce for the umpteenth time this U-turn from the club’s management. We are perfectly aware of the general economy of football. This is not about opposing all and any purchase proposition to come. But these things take time, reflection and coherence. The sale of Red Star to 777 Partners investment fund risks drowning our club, its history and its identity in the flux of modern football where values are gradually being erased in the face of the interests of multinational corporations. Some people are delighted with this purchase, which is supposed to, they believe, develop the sporting competitiveness of Red Star. Whether through optimism or unawareness, they forget the unfortunate experiences where this economic model has undermined the historic foundations of a number of clubs for a sporting result which is just as disappointing.

This particular information sheet outlines the numerous reasons to collectively oppose this purchase. It is no longer the time for debate, dialogue or consultation, but for action. We won’t negotiate with the inadmissable, we won’t welcome the unacceptable. It’s not just a conflict between the grotesque management and the fans of Red Star, the members of the Collective and the Rino stand regulars. It’s about all the supporters of the club. If, like us, you’re here on a Friday night at 7pm, it’s because you love this popular event: let’s not lose it! We’re counting on the commitment of everyone in listening to the instructions which will be announced before and during the fixture between Red Star and Sète.

In our statement published the day after the announcement of the purchase process, we cited the first arguments against it: the shady side of 777 Partners, the fact that this model has already sunk several clubs, the incompatibility of the project with our values.

Let’s go further into the recent declarations made by Josh Wander [co-founder of 777 Partners] in respect to the purchase of Standard Liège, published on Saturday 9th April in an interview with Belgian daily paper DH.

1 – Their priority is NOT sporting

“The first thing to do is to create a sustainable financial profile which allows the business to have a glimpse of success. That’s the first thing we did at Genoa and it will be the same at Standard.”

Here’s what is clear: business first, football after (eventually). A logic identical to that of GACP at Bordeaux. We know the results of this: pathetic performances, redundancy schemes after two years and now a club on the brink of bankruptcy. A morbid destiny that we refuse for Red Star.

“Each club should have as much success as possible according to their budget, which is determined by the league in which they find themselves.”

On loans between the clubs in the network: “Sometimes it is preferable for a club to get rid of one player and pick up another.”

Josh Wander pretends not to make a hierarchy between his clubs, but contradicts himself. What will be the weight of Red Star, a club who sit 12th in the National league, compared to a Serie A club and a the most popular club in Belgium? This model condemns us to hand over our best players to these clubs. 777 Partners, at the limit of modern-day slavery, fully assumes the trading of players between its clubs. Here too, similar and recent examples are catastrophic. Like Nancy, plundered for the benefit of Oostende, the two clubs owned by Pacific Media Group. And guess who 777 have gotten close to recently ? Pacific Media.

3 – Our academy will be pillaged

On the clubs they buy: “These clubs have talented players, a good academy and are situated in key places geographically, where the possibility exists to commercialise and create connections.”

You don’t need a degree to understand what interests 777 about Red Star: it’s also the possibility to fully exploit the famous “Ile-de-France hotbed of talent.” But once the future place of our club in their hierarchy is admitted, we fully understand that our best young players will have no chance to shine on the Bauer pitch. They will be uprooted pronto and sent to Italy or Belgium.

Years of work to rebuild a training capacity worthy of its name… All that for this?

Three huge risks that are staring us in the face with this purchase: the longevity of the club will be put in danger, we will be used to serve other clubs, our values and our future talents will be completely siphoned off. Whoever is attached to Red Star can only refuse such risk taking and reject this purchasing project.