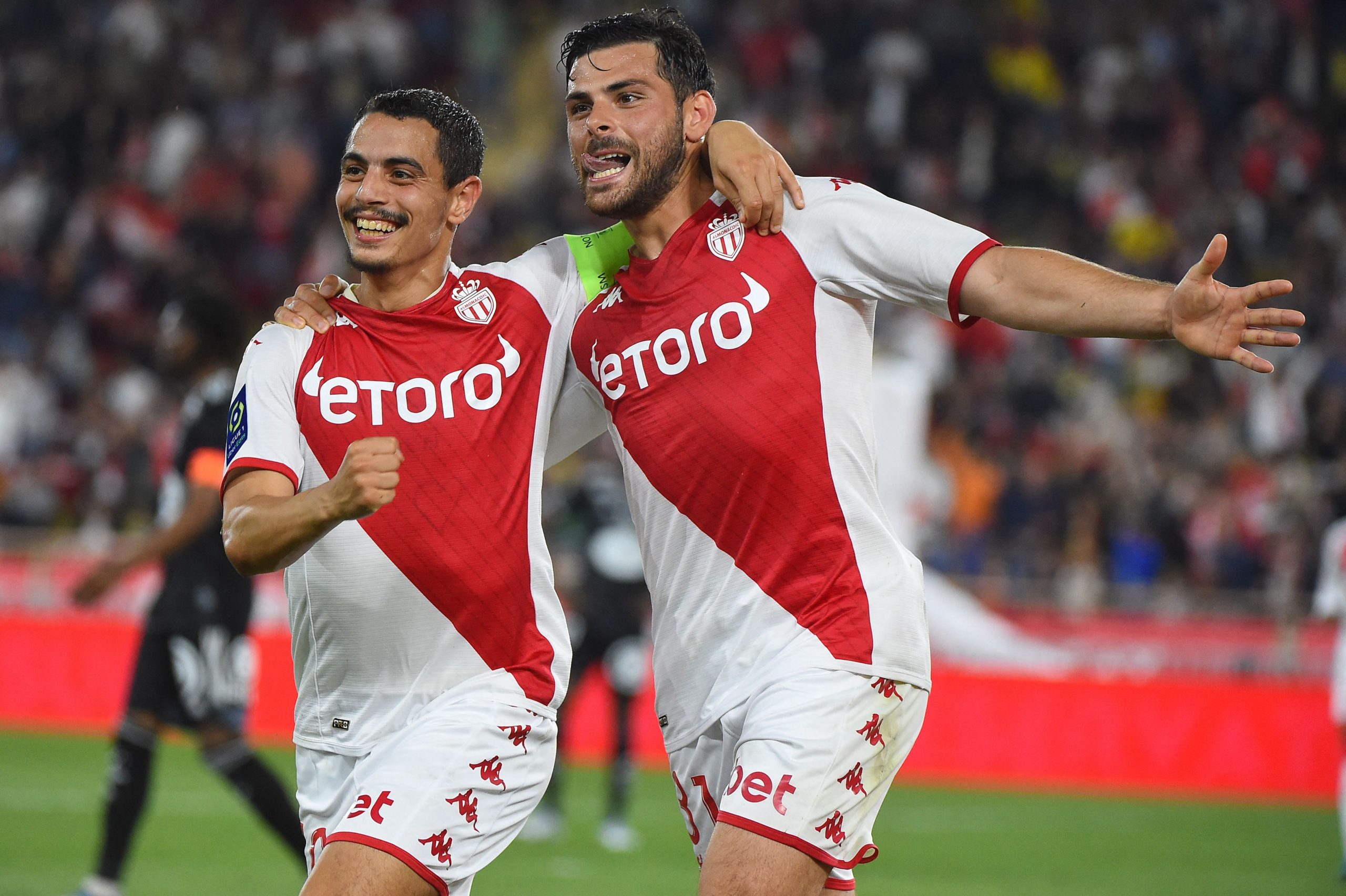 A Copy and paste job – Monaco replicated OGC Nice’s comeback victory with a remontada of their own (4-2), a Wissam Ben Yedder (31) hat-trick pivotal in overturning a two-goal deficit against a dangerous Brest side to move onto the second step of the Ligue 1 podium.

Unlike Nice in midweek, Monaco’s problem in the first half wasn’t so much a lack of incision, but a lack of a finishing touch. The home side, playing their final match of the season at the Stade Louis II, created the chances to go into the break in the lead, but an overcommitment to the attacking effort left Monaco’s back-line vulnerable. Brest weren’t overcome by the same profligate ailment and duly punished Philippe Clement’s men.

Monaco headed into the game as strong favourites. A ninth-consecutive victory was on the line, but more importantly, so was a guaranteed place in European competition next season. Brest on the other hand had nothing to play for, but the lack of pressure for a result manifested itself positively.

Brest looked dangerous on the counter-attack from the offset. But their first goal came from a breakdown from a corner. Kevin Volland (29) was so diligent in his duty to mark the back-post that he was slow to vacate his position, playing Jean-Kévin Duverne (24) onside to allow him to tap home from close-range.

Eager to restore parity, Monaco committed to the offensive effort. Axel Disasi (24) hit the bar from a corner, but Brest were the more threatening on the counter-attack, especially down the left.

Youcef Belaili was a constant menace cutting in from the left flank, and he doubled Brest’s advantage mid-way through the first-half having wrong-footed Disasi before slotting past Alexander Nubel (25).

Brest could have put the game beyond Les Monégasques, but were denied by a fine finger-tip Nubel save. Monaco made the most of their lifeline and were grateful for the divine intervention of VAR just before half-time. Wissam Ben Yedder (31) sent the goalkeeper the wrong way to halve the deficit and provide momentum going into the second-half.

Asked post-match which word he would use to describe the victory, Clement responded, “belief.” He added, “I saw that because a few weeks ago, this match would already have been lost in the players’ heads.”

Monaco mustered the collective spirit to overwhelm their opponents in the second-half. It was Ben Yedder once again, whose driving run into the box, facilitated by a selfless Volland dummy run, was beautifully converted with the outside of the boot.

Concurrently, just a matter of kilometres down the coast, Nice were pegged back by Lille, completely shaking-up the order at the top of the table. Monaco, went from fearing dropping out of the European places  entirely, to once again solidifying their stranglehold on the Champions League places.

The third goal was merely an inevitability. Ben Yedder nodded home from close-range to register his first hat-trick for AS Monaco, whilst (temporarily) drawing level with Kylian Mbappé (23) in the goalscorer standings.

Volland would get his reward for a selfless, battling performance, tucking home on the rebound from Ben Yedder’s parried shot. The script from Wednesday’s “Remontada on the Riviera,” had been copied to the letter, but the ramifications of the 4-2 victory were more definitive and more emphatic than in Nice’s midweek fixture.

Monaco are now assured of at least Europa League football, whilst a draw against RC Lens next weekend will be enough to secure Champions League qualification. Clement’s “belief” has made the unbelievable, believable in the past weeks, their nine-game winning run lifting them from mid-table mediocrity to second place, and just one game away from Champions League football next season.