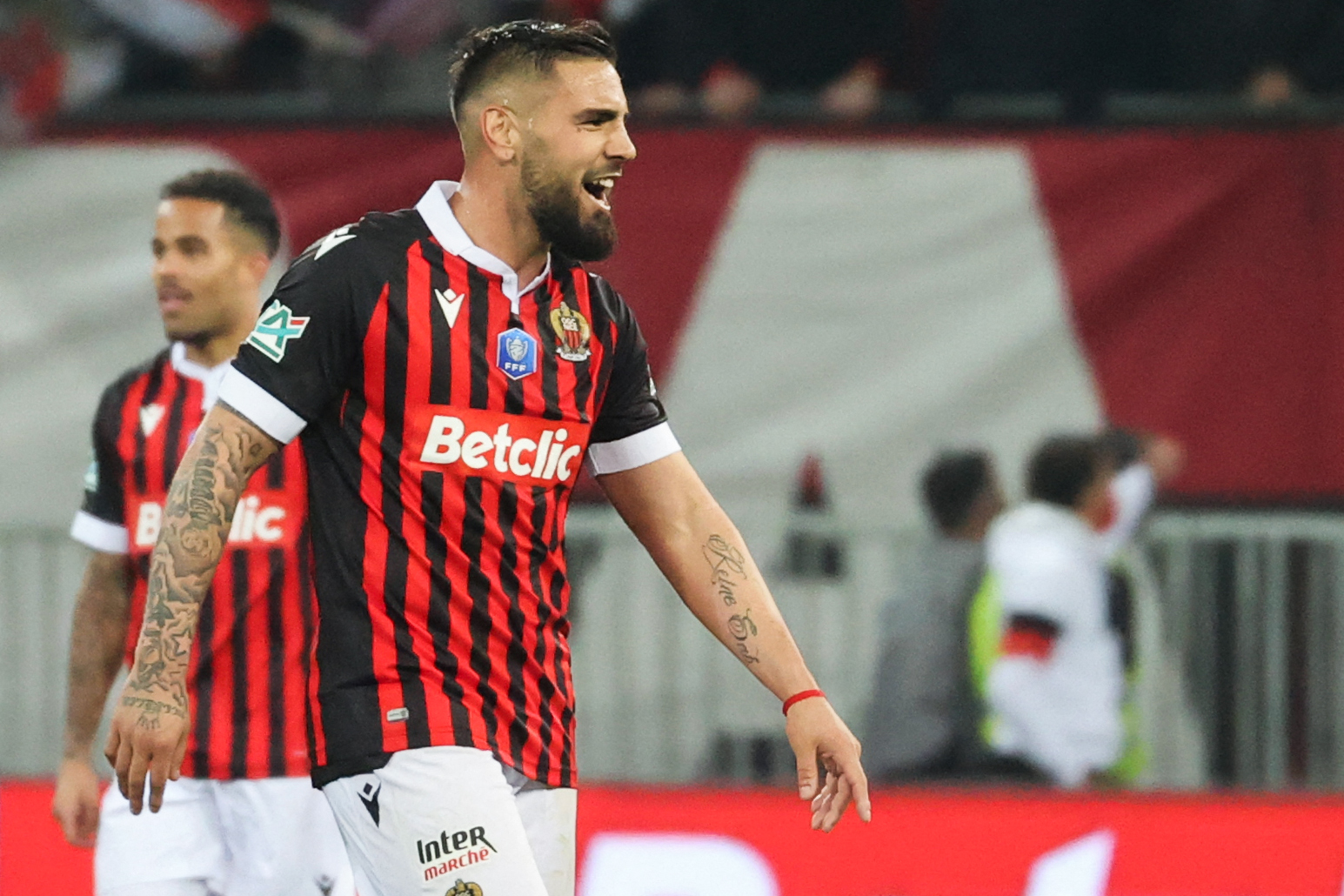 A stunning second-half comeback from OGC Nice stunned relegation-threatened Saint-Étienne, as Nice bounced back from their Coupe de France disappointment to keep their aspirations of European football next season alive with a 4-2 win.

Never has the cliché ‘a game of two halves’ been more applicable. OGC Nice were limp, ineffective, slow in possession and lacking in desire in the first-half. Saint-Étienne on the other hand, with Ligue 1 survival on the line, harried and hassled the home side and deservedly led 2-0 at the break.

Christophe Galtier’s men went into half-time a desolate outfit; jeered by their own fans as they headed back to the dressing room, their European ambitions hung by a strained thread. Three goals in ten minutes, however, not only turned the game on its head, but most likely, the seasons of the respective sides.

You could have been fooled into believing that Saint-Étienne were the European challengers and Nice the Ligue 1 strugglers in the opening period. A lot of accusations can be leveled at the home side for that shambolic first-half performance, but the most damning, given the context, was simply a lack of desire and engagement.

They were sloppy and slow in possession and inattentive and unaware out of it. Saint-Étienne, having started the game brighter, deservedly took the lead early on. Denis Bouanga (27) improvised to chest in the opener from close-range, a goal confirmed after a lengthy VAR check having initially been ruled out for offside. Going behind wasn’t sufficient to stir this Nice side, who continued to maintain sterile possession without threatening a solid Saint-Étienne low-block.

Their fans began to get restless. Oles could be heard emanating from the Nice ultras section whilst the away side constructed attacking moves unpressured by an absent Nice press. Their anger, however, took a sinister turn, and chants relating to Emiliano Sala’s death as well as insults directed towards Stéphanie Frappart, referee for last weekend’s Coupe de France final also reverberated around the Allianz Riviera.

Amidst this troubling backdrop, Saint-Étienne doubled their lead on the stroke of half-time, with a beautiful, fluid counter-attack. Bouanga burst from deep, taking multiple defenders out of the game, before laying the ball into the path of Ryad Boudebouz (32), whose swinging cross was met flush on the volley by Zaydou Youssouf (22).

Having left the field under a barrage of jeers from their own supporters, a completely re-invigorated, unrecognisable team took to the field in the second-half. Melvin Bard (21) quickly halved the deficit with a mazy run and powerful finish from a tight angle, and what ensued did so with an air of inevitability.

Andy Delort (30) restored parity with an incredible knuckle-ball free-kick, before popping up again just two minutes later to tap in a Justin Kluivert (23) through ball. The remontada was complete, and Nice weren’t done there.

Hicham Boudaoui (22) got in on the act late-on, his half-volley was out of the reach of a helpless Paul Bernardoni in the Saint-Étienne goal. The away side were profligate in the dying stages, but the match had already been decided, and whilst Nice rise back into the Europa League places, Saint-Étienne remain in the relegation play-off spot, three points off Lorient in 17th.

In the post-match mixed zone, Delort reflected on bouncing back from the Coupe de France final defeat. “In training we have tried to move on quickly, because it really hurt us. It’s up to us now to cling onto something at the end of the season to allow us to forget that difficult match in Paris.”

Nice may have missed out on qualification for the Europa League through the Coupe de France, but they could yet join Saturday’s opponents, Nantes, on a European adventure next season, should they finish strongly. In the second-half at least, Galtier looked to have correctly assembled all of the pieces of this temperamental Niçois clock. Should it keep ticking for the next two matches, Les Aiglons can yet end this season on a positive note.