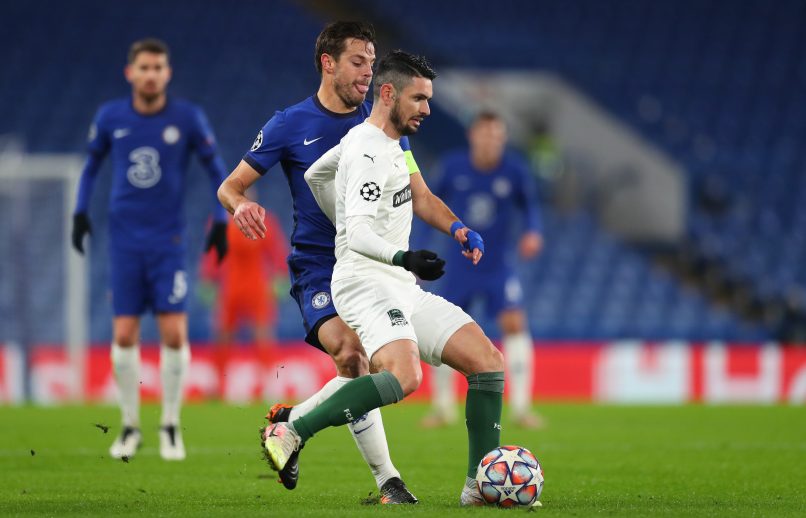 Speaking to L’Équipe after terminating his contract with Russian side Krasnodar in the wake of the invasion of Ukraine, Rémy Cabella discussed the unexpected situation he finds himself in.

The former Marseille and Saint-Étienne man was to return to Russia on February 28, having returned to Corsica to see his family after injuring himself at a training camp in Marbella, but the attack was launched four days earlier.

What has the start of the invasion been like for you?

I injured my calf at the end of the training camp in Marbella, where we were with Krasnodar in February. Since I was going to be out for a while, I asked the club for permission to return to my family in Corsica. I started hearing about tensions in the region. I called up the club and they told me not to worry, that I could come back on March 2. But then Russia started the war. At the start, I didn’t necessarily realise the gravity of the situation, I thought I would be able to return. I just wanted to play football, but nothing was possible anymore.

Did you feel as though something was coming from talking to people at Krasnodar?

Absolutely nothing. Nobody could imagine it, even though Russian employees at the club never spoke to us about it. They were as shocked as we were. And honestly, all of the personnel were exceptional with us, the foreign players, from the cook, to the doctor, to the steward, the staff or the Russian players. They did everything for us to feel well.

Was your departure from Russia inevitable?

The foreigners who went home after the training camp started to get scared. They started to ask whether they could go home, which makes sense. Seeing as though my contract was expiring in June, we all agreed that the simplest thing would be to leave. And then the government started to strongly advise French citizens to leave Russia. I started to talk with Krasnodar about to get to a mutual termination last Wednesday. I would have liked to say goodbye and thank you to all of the club staff who were great with me, but nobody could have predicted what is happening in Ukraine.

You’re now a free agent. What are you going to do?

I was waiting to go home to family to get their opinion. I’m getting towards the end [of my career] and I want to make the most of what’s left. I had offers from Qatar or in Saudi Arabia, but I preferred to say no, just as with the USA. I would rather stay in Europe, to earn less but prioritise a sporting project.

We never spoke about that! It’s not the right time for us to come together, neither for the club nor me. Saint-Étienne are in a race to stay up, there’s a fully formed squad there, with objectives in mind, they’re doing their thing and I still need to work hard to come back.

Are you still thinking of joining a club for three months, or one in three months for two years?

That’s it. The only club where I would accept signing for three months is Sainté. If they were really struggling I would go there in a flash and would even play for free. The idea would be to arrive at a club now and then go onto a contract.